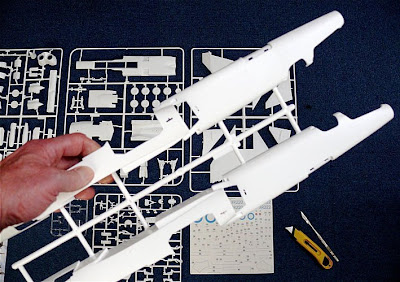 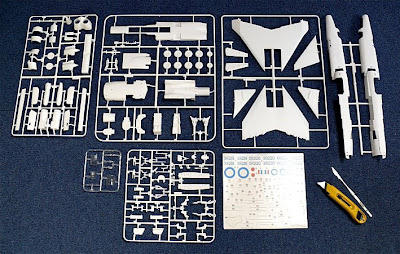 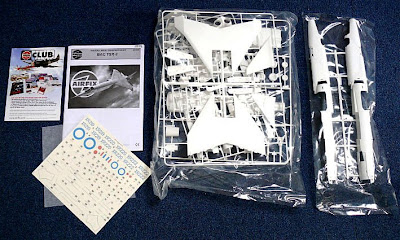 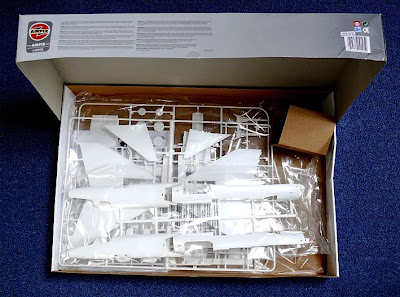 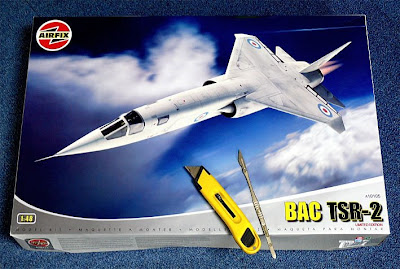 It’s amazing what a hold the fabled BAC TSR-2 still has for aviation fans and modellers. Conceived at a time when British governments seemed obsessed with destroying much of British industry with ill-judged mergers and cancellations, TSR-2 sums up how even the finest project can die through official incompetence. Suffice to say that the powers that be waited until the aircraft was proving itself in the air – THEN they killed it. May they rot.

Which brings us 45 years up to date with the "Limited Edition" Airfix 1:48 TSR-2. The box is impressively large, though kinda empty looking... the art is OK, but there’s not a lot going on with the typography!

Still, a look inside reveals that at least the box has lots inside, as you can see from the pix. The instruction book is a rather plain-Jane multi-language affair, and I’ll put in a plea here for Tamiya-style presentation, where the appearance of these supporting elements is considered an important part of the whole package.

As for accuracy and build quality, you can view a very detailed review at the Unofficial Airfix Modellers' Forum here.
Email ThisBlogThis!Share to TwitterShare to FacebookShare to Pinterest
Newer Post Older Post Home