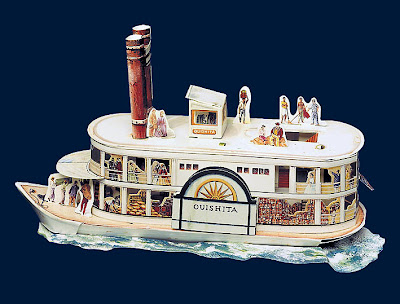 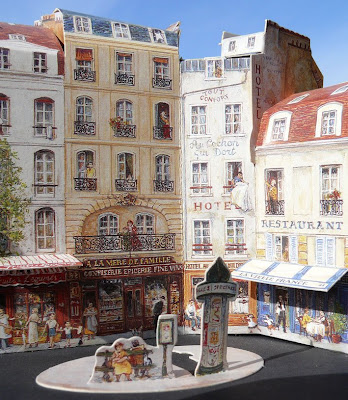 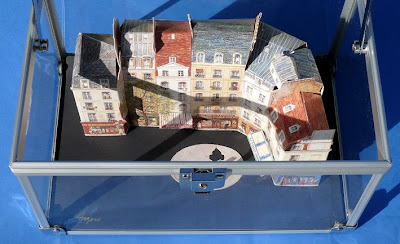 Editions Mirontaine is a French publisher that produces a wide range of stuff – postcards, engravings and much more. Of particular interest to SMU are their nicely engineered press-out card kits.

The little street scene shown here (rail fans please note: it’s roughly HO scale) is named after the small hotel tucked into a corner – Au Cochon Qui Dort or “with the pig that sleeps”. A fine way of labelling your male guests! I do know of a restaurant called that in Rouen, but not a hotel...

The Mirontaine card-model was bought in Angers, in the Loire region of France, and assembled back home with no problems at all, in an hour or so. If others in the range are as good, then they should be winners, though you do have to like the slightly whimsical art style (I do) which is quite unlike the hyper-realism most common in the model world.

Card models are quite delicate and prone to damage from dust and dirt. But a trip to the now sadly defunct Woolworths chain resulted in a tidy solution – a teenager’s beauty kit box, repurposed for a higher calling – and it even came with a dinky little set of keys!
Email ThisBlogThis!Share to TwitterShare to FacebookShare to Pinterest
Newer Post Older Post Home