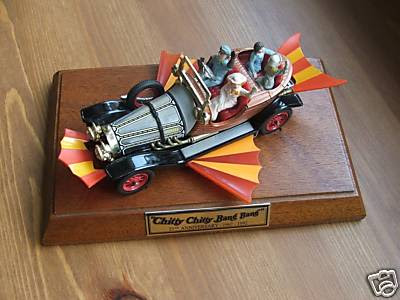 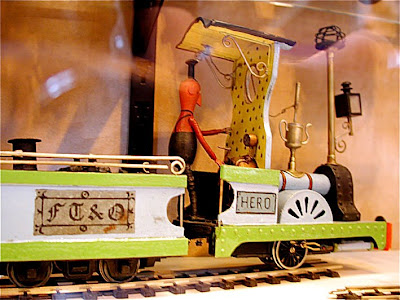 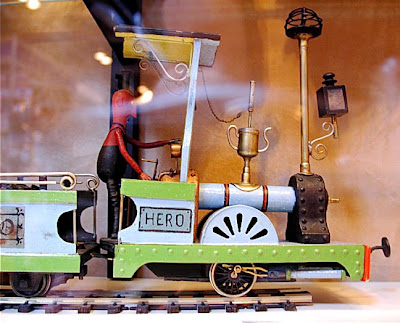 Rowland Emett was the master behind one of the most famous movie cars, Chitty Chitty Bang Bang, which starred in the movie of the same name. It's just over 40 years ago that the movie was released (in December 1968) and the extending-wing automobile has been a star ever since.

Of course, Emett (1906-1990) had been creating stuff long before Chitty. He did cartoons for magazines like Punch, dreamt up cartoon-like trains (see pictures above) and worked for US companies, such as Honeywell Computers.

The various Corgi versions have achieved collectible status. There's a 1991 25th Anniversary edition on eBay at an asking price of £125.00GBP ($182.00USD), though you could make an offer on that price.