Luftwaffe 1946: super-advanced aircraft that might have changed the course of World War 2 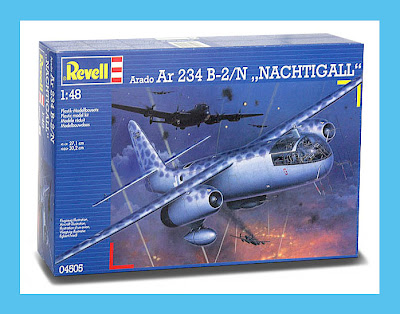 Secret projects that never went into widespread use, or that stayed as ‘blue sky’ sketches are a continual source of fascination. We’ll be looking at amazing designs from the UK and USA soon, but today it’s ‘Luftwaffe 1946’ that’s the focus.

By 1944, the Allies were achieving near-total air domination over Europe, but the Axis powers were not ready to give up, and dozens of super-science projects were underway. Of course, Hitler kicked his own forces in the rear by insisting that early Messerschmitt Me262s were equipped as light bombers instead of being flown as high-speed interceptor fighters. But other designs being cooked up in secret laboratories could have caused the Allies some real damage, at least to the vast bomber streams that were slowly destroying the Reich’s ability to wage war.

Today, Revell in particular produces a wide range of Luftwaffe 1946 kits, ranging from the Arado 234 shown here, to rocket interceptors and flying wing bombers. These are among my favourite kits, as they look great, and are so different to anything that’s flown before or since.

We'll have a look at more of these kits over the next few days.
Email ThisBlogThis!Share to TwitterShare to FacebookShare to Pinterest
Labels: Arado 234, Hitler, Luftwaffe, Messerschmitt 262, Revell, world war 2
Newer Post Older Post Home