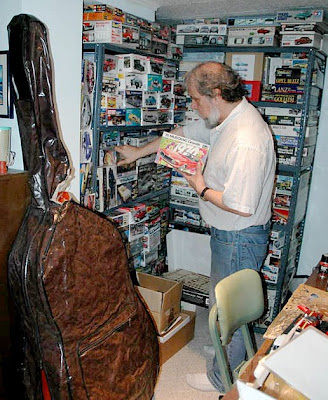 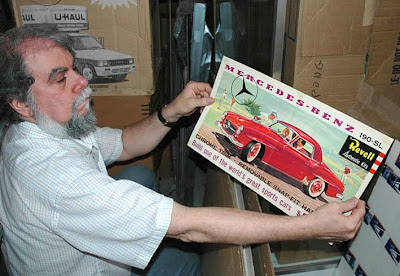 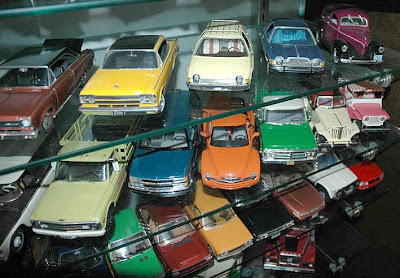 As Georgy and I are staying with Dean Milano, perhaps I should say a few words about him. Dean was at Revell-Monogram for many years, which was when we first met, though we had already heard of each other, as we were both writing for model magazines in the UK and US.

These days, Dean works for himself, though for some time he also ran the Milano Toy and Model Museum in Elmhurst, his local town. Elmhurst is in effect a suburb of Chicago, though, like most of the surrounding towns, it maintains its own separate identity. Dean’s museum was bang opposite the railroad station, so it was hardly unobtrusive, and for three years offered visitors an amazing mix of classic toys and models, with a lot of rare stuff not seen elsewhere.

These days the Museum has a virtual existence on the internet, but a lot of stuff that Dean collected for his ‘real’ museum now has to be sold off. “No space!” is the cry. Consequently, most days will find him rummaging in the garage for more items to put on eBay.

But when he isn’t modelling or eBaying, Dean spends a lot of time with his other main interest, music. His primary instrument is the bass - electric and string - though he will squeeze away on the accordion, given half a chance. He was a member of The New Seekers group for some time, and has just completed his second album of self-penned songs, for which I took most of the sleeve photos.

The pictures show (top) Dean sorting out yet more car kits. At left is one of his string basses, this one owned originally by his uncle, the recently deceased Connie Milano. Connie was for many years very big on the Chicago music scene, and played alongside many great names, including Charlie Parker, Miles Davies and Nat ‘King’ Cole.

(Bottom) One of Dean’s specialities is models of stock vehicles, of which there are over 1000 in his collection. This is just a small part of what was in the Museum collection. They are all in 1:24 or 1:25 scale.
Email ThisBlogThis!Share to TwitterShare to FacebookShare to Pinterest
Labels: Chicago, Dean Milano, Elmhurst, mat irvine, Milano Toy and Model Museum, The ew Seekers
Newer Post Older Post Home