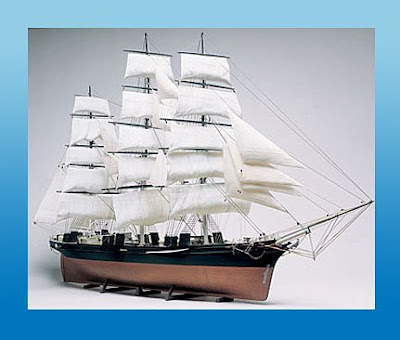 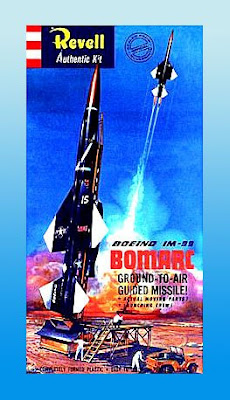 Revell kits have waxed and waned over the years, and today the range is probably stronger than ever, with regular new kits coming from Europe and the US. Snap-together models are now established in popularity, with the Star Wars range leading the way. But will today’s kits (and their boxes) ever achieve the status earlier beauties have earned in my hall of fame? Only time will tell, but here we go with Mr J’s five rare Revells from the vaults:

1 USS Nautilus nuclear submarine
This was the world’s first nuclear submarine when ‘atomic’ was the big buzz-word, so a 1950s boy just had to have it. Revell’s Nautilus had a large pod behind the sail (or conning tower) and a Loon cruise missile, which was an upgraded US version of the World War 2 German V-1 ‘doodlebug’. This was a bit odd, as the real sub never had this feature at all. No matter, at the time it looked suitably aggressive.
2 Lincoln Futura
The concept alone sold this to me - a car with double-bubble canopies, just like the Anastasia personal spacecraft flown by my comic-book hero, Dan Dare. The real thing was hand-built by Ghia in Italy and did the show-car circuit; later it was the genesis for the Batman TV series.
3 Cutty Sark
Ah, the days of sail! Revell’s beauty was a stunner, and the beautifully detailed hull really set it off. Sad to say, it would NOT stay upright in water, ending its days capsized on a pond, being pounded by pebbles and stones thrown by... yes, you guessed it, me and my pals.
4 Boeing Bomarc
To my eyes the Boeing Bomarc interceptor missile looked more like a sci-fi rocket, and I built it as such, finished in gleaming silver, sitting on an alien landscape with a bunch of astronauts (‘spacemen’) around the base, ready to explore a strange new world. In reality, the Bomarc’s job was to knock out Russian intruders with its nuclear warhead, before they had a chance to drop their A- and H-bombs on US cities.
5 Martin Seamaster
Wow, a jet flying boat! Sleek, but ultimately doomed, the Martin Seamaster was another must-have for this tech-obsessed model builder. It did mark a watershed though, as around this time I got fed up with Revell’s weird-scale (‘fit the box’) policy - the Seamaster was made to a bizarre 1:136 scale - and decided to stick with 1:72 for most aircraft models. Which of course opened the door to the likes of Airfix....