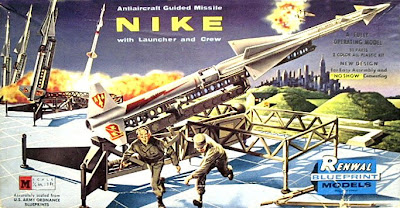 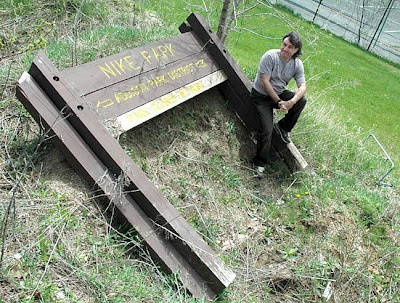 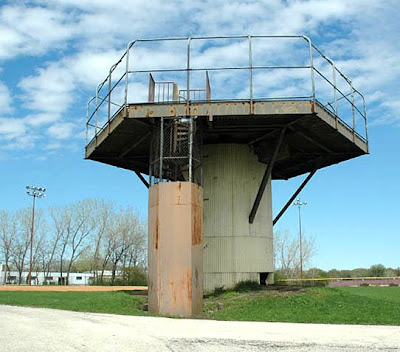 One of the most exciting series of models in the 1960s were those from Renwal. These were large-scale kits of exotic US ships, subs and tanks, including the then largest model kit made, the almost three-foot long Atomic Cannon.

Some of Renwal’s kits were re-boxed for the UK market by Frog, under the ‘Frog-Deluxe’ name, with virtually everything being the same except for the change of logo. Amongst the military kits was the Nike Ajax, one of the first anti-aircraft missiles to be built, and named after the Greek goddess of victory.

By today’s standards the missile was extremely primitive, but then it was the ultimate in technology and many American cities were ringed with Nike Ajax missile batteries. Chicago was no exception, and a number of outlying areas had Nike batteries. But technologies change and the large fixed sites were displaced with smaller, more mobile options. The sites then became abandoned and overgrown - eventually, many would find an industrial park or a shopping mall built over the top.

But some remnants are still around, and there is one near where I’m staying, in the town of Addison. The original site is now a municipal park, called, um, appropriately Nike Park, and this one at least has of its two original features still standing - more or less - the radar platform and the original control building. The former is really ‘just there’ now, not fulfilling any function at all, except probably as a nesting place for birds, but the latter has been updated and likely contains power control systems for modern needs, such as lighting for the baseball field.

Nothing of the original Nike missile batteries themselves survives, but just get a few of those original kits (and they were reissued by Revell in its ‘History Makers’ series) and you can recreate what was - for a short time at least - the ultimate sophistication of Cold War anti-missile defence!

The pictures show the Renwal Nike Ajax kit box (top). It included details of how to join several kits together, so you could build your own missile battery, perhaps to protect the front room...