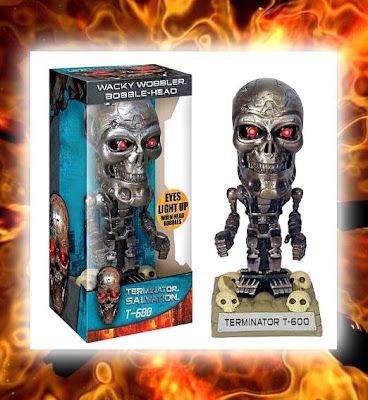 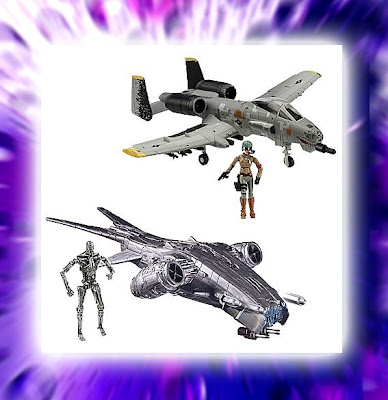 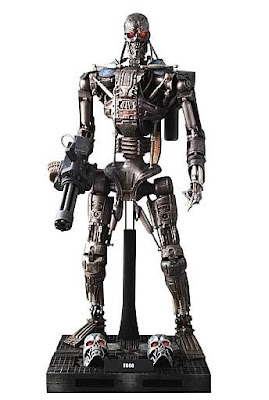 It seems to be sci-fi week at SMN, after a viewing of the latest blockbuster in the Terminator movie series. Accompanying Terminator: Salvation is a deluge of collectibles and (hopefully) kits to come. The first wave of collectibles is already here, mostly figures of one sort or another.

The Wacky Wobbler Bobble-Head (top picture) is a quite nicely done ’toon variation, if a little at odds with the doomy flavour of the movie. This one comes with light-up eyes, so it has earned a space on my nighthawk workzone!

Also available is a matched A-10 and Skynet Hunter-Killer combat duo, with figures (middle picture). The A-10 is a bit toy-like, but you could use it as the basis for kit-bashing an existing model. With some work, the Hunter-Killer robot would make the basis of an excellent sci-fi diorama.

You can buy Bobble Heads at Amazon here. The other two items can be seen at the action figure and collectibles site, Entertainment Earth here and here.
Email ThisBlogThis!Share to TwitterShare to FacebookShare to Pinterest
Labels: A-10, diorama, sci-fi, Skynet Hunter Killer, T-600, Terminator Salvation
Newer Post Older Post Home