SECRET AEROSPACE PROJECTS OF THE US NAVY 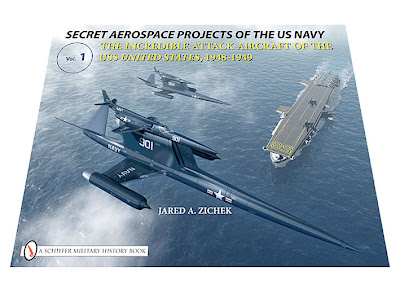 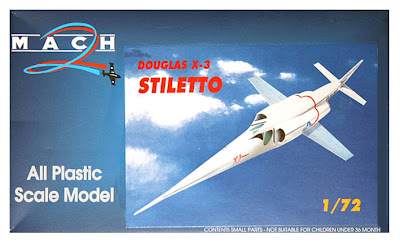 The cover of this book by Jared A. Zichek gives the game away immediately - mouthwateringly fantastic blue-sky projects that we would all like to see in the air, blazing across the skies for real. Flying across the jacket are a pair of Douglas D-1186 attackers, amazing beasts that would have used a proposed service version of the Douglas X-3 Stiletto research aircraft, mounted atop a twin-jet carrier, itself a robotic missile that could be released to fly unaided to a distant target.

In reality, the X-3 was so underpowered it couldn’t even crack Mach 1 in level flight. Still, a developed version would doubtless have been powered by engines with more grunt. And who cares, the concept is so mad it might even have worked.

This would make a top-class kit-bashing exercise, if only kits of the X-3 were more easily available. There have been various versions (see pictures) but only the Revell kit has been made in anything like decent numbers, as part of the History Makers re-release series. Come on Revell, it’s high time for a re-re-release! The Revell X-3 was to an odd 1:65 scale, a slightly bigger Mach 2 version is sensibly made to 1:72 scale.

You can buy the book from the publisher, Schiffer Books, here or from Amazon here.

At the time of writing a Revell X-3 is on sale at eBay here, and the Mach 2 model is stocked by Hannants here.
Email ThisBlogThis!Share to TwitterShare to FacebookShare to Pinterest
Labels: Douglas D-1186, Douglas X-3 Stiletto, Jared A. Zichek
Newer Post Older Post Home