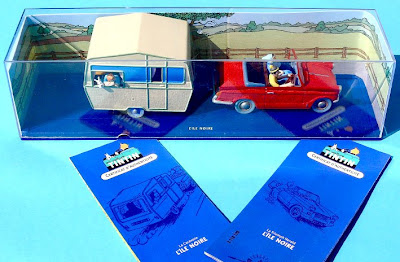 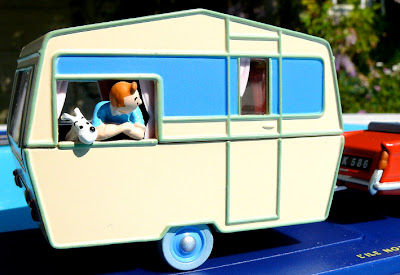 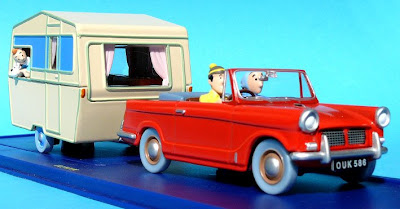 Hergé’s Adventures of Tintin are among the world’s most popular children’s books, with more than 200 million sold since the first title was published in 1929.

Today the world of Tintin has gone far beyond strip-illustration books (known in Europe as ‘bande dessinée’, or BD) to include shops, magazines, audio, collectibles and for the model fan, a delightful range of 1:43 scale vehicles.

Editions Atlas produces a whole range of diecasts, all based on illustrations from Tintin books. The 1960s-era Triumph Herald convertible and Beccles 305a caravan shown here are from a scene in The Black Island, and come complete with four excellent figures, including Tintin and Snowy the dog leaning out of a window. The Beccles has a full interior, including curtains, cooker, seats and table.

These collectibles are a little different from most 1:43 diecasts, insofar as they are slightly cleaned-up, simplified versions of the real thing, rightly echoing the character of Hergé’s cartoons. So don’t expect chrome plating or jewel headlights, but the models are all the better for it, and - something SMN likes very much - a slightly satin finish, which is so much easier on the eye than a super-gloss paint job.

This set is priced at £39.50 GBP ($64.70 USD); you can order from specialist suppliers, including the Tintin online store here.