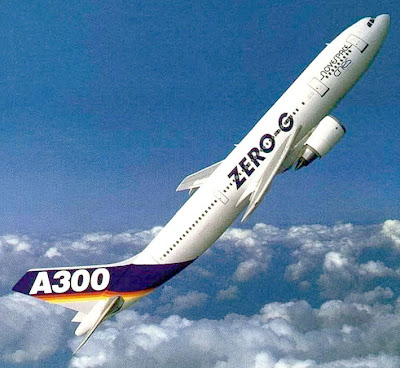 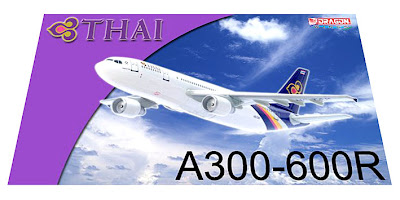 At the weekend, Airbus celebrated the 40th anniversary of the Franco-German agreement that launched its first aircraft, the A300. The twin-jet’s maiden flight was in October 1972, with Air France putting it into airline service two years later. Production continued until 2007 after more than 800 had been built.

Perhaps the A300’s most unusual role is as a zero-g weightless trainer for European Space Agency (ESA) astronauts (top picture). The aircraft climbs, then gently pitches over in a parabolic arc that gives trainee astronauts some 20 seconds of weightlessness for each manoeuvre.

Changes to the aircraft include fitting out the interior with padded walls to cushion floating astronauts during zero-g flights. For a model project, the markings are the main items to be changed.

You can find details of the zero-g special at the ESA site here.

There are quite a few A300 ready-builts available, include those made by Herpa, Gemini Jets and Dragon Wings in 1:400 or 1:500 scale. Try the Scale Model Store here.

The old Airfix 1:144 kit can still be found on eBay and some retail outlets. Currently there’s an eBay offering at a Buy It Now price of £18.00 GBP ($29.00 USD), which sounds fair, especially as the A300 is no longer marketed by Airfix. Visit here.
Email ThisBlogThis!Share to TwitterShare to FacebookShare to Pinterest
Labels: Airbus, Airbus A300, Airbus A330, Airfix, Dragon Wings, ESA, European Space Agency, Gemini Jets, Herpa, weightlessness, zero-g
Newer Post Older Post Home