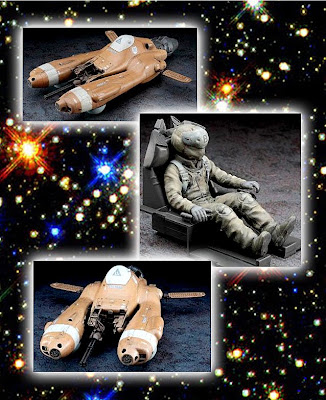 Hasegawa’s futuristic 1:20 scale Falke Anti-Gravity Armored Raider is now generally available, and it’s getting some good reviews. The Falke is part of the Ma. K (Maschinen Krieger) sci-fi universe, originally created back in the 1980s by Japanese artist Kow Yokoyama. Hasegawa is now developing the series, and the Falke is the first of what we hope will be many more to follow.

Interestingly, the Falke’s canopy is opaque, as is the pilot’s helmet. The series is set some eight centuries in the future, so it looks like heads-up displays have seen some development in the meantime! In fact, hi-def surround video is no pipedream - Google has an amazing hi-def video room on demo. Inside the room, screens seem just like a window on the world - in the Falke’s case, a window on the universe.