MEMORABILIA TO MAKE A COLLECTION SHINE 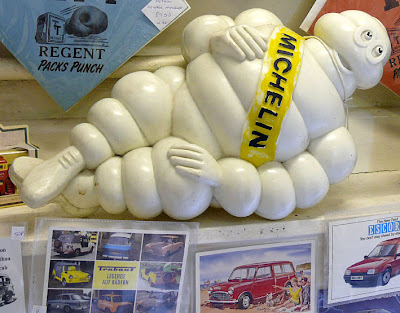 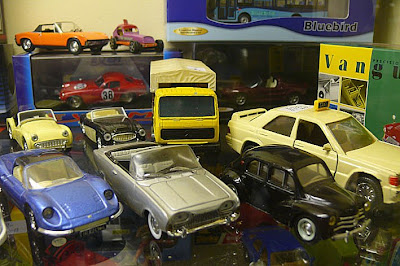 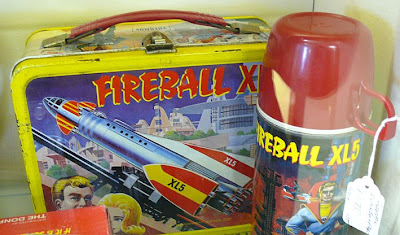 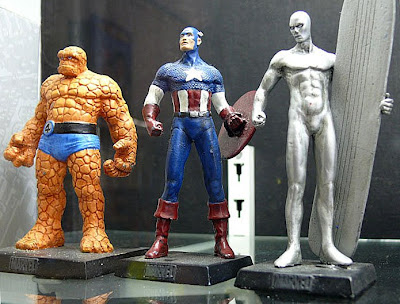 Do you have a themed model collection? Or maybe a number of themes? If so, your models could benefit by including a range of surrounding memorabilia to set them off ‘just so’.

There are the obvious items - with aircraft, it may be pictures, postcards and prints. Cars look good against a backdrop of badges and oil cans. But the best way to add a shine is to keep an eye out for the rare and exotic, the odd and unusual.

These pictures were taken at a big antique store last weekend, and show only a tiny sample of the tasty treats there. The Michelin man is a classic of its kind, the original (named Bibendum) dating back to the early days of motoring in the 1890s. He’s just right for a model car collection, especially if it features mostly European cars.

The Fireball XL5 lunchbox and flask go back to the early 1960s, and feature characters from the Gerry Anderson TV puppet series of the same name. They would look great with almost any sci-fi models, even these Marvel superheroes from a recent partwork series.