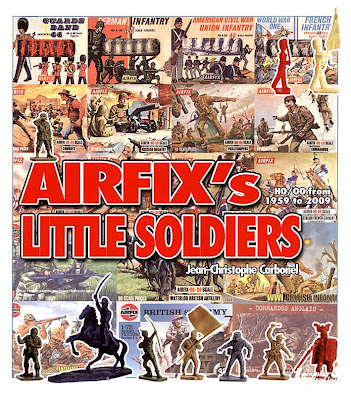 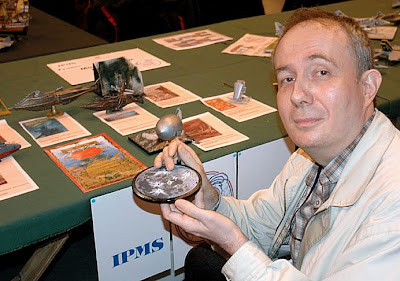 One of the most consistent Airfix model ranges has been its sets of 00/H0 figures. Begun in 1959 with two sets - the Guards Band and Guards Colour Party - the range soon expanded to include figures from World War I, World War II, Civilians, Zoo Animals, American Civil War, the Wild West, Tarzan, Robin Hood, and even Astronauts.

All have been to the ‘convenient’ scale of 00/H0 as they were initially intended to fit in with railway layouts, though we are not quite sure where the Astronauts fit in! However, it is only in Britain that 00 gauge, (1:76) is used - everyone else uses H0 (1:87). But people - and animals - are usually pretty adaptable, size-wise.

Over the years there have been many such sets, but there’s never really been a definitive catalogue until now, with the new book Airfix’s Little Soldiers, written by a Frenchman, Jean-Christophe Carbonel - ‘JC’ to all. JC certainly knows his stuff - he always maintains that he learnt his excellent English by studying Airfix instruction sheets, and here he has produced a very comprehensive book. Airfix’s Little Soldiers contains not only the whole history of the subject title, but also the similar scale figures from other manufactures.

It is published by Histoire & Collections in both French and English versions. Le livre est très bon, JC.

JC also runs his own fascinating modelling website. It is (virtually) all en Français, but that make it good for practicing your French - and anyway, there are a lot of pictures!

The photo of JC above was taken at the 2007 ScaleModelWorld in Telford, UK. He is showing off one of his Jules Verne creations - he is rather fond of his most famous countryman in the world of science fiction.