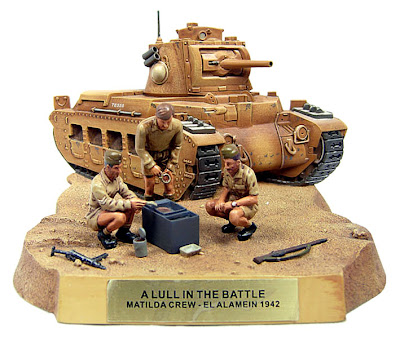 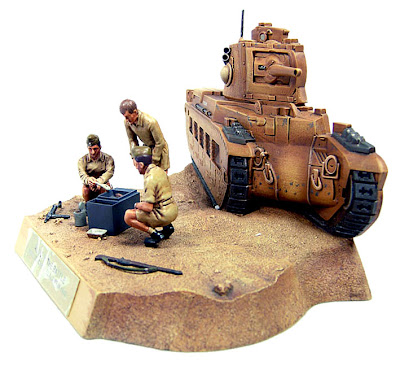 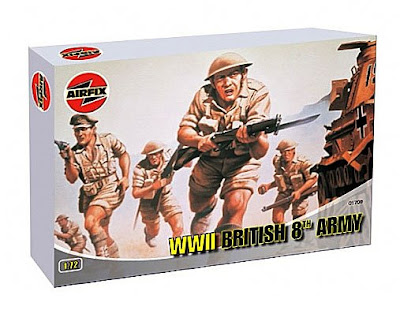 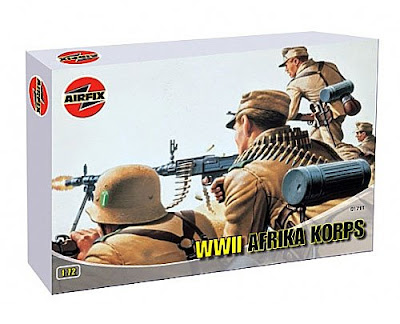 Today marks the 67th anniversary of the start of El Alamein, the North African struggle between Axis forces under Erwin Rommel, and Allied troops commanded by Claude Auchinleck. It was an epic combat that lasted until 27 July, in which the two sides between them fielded nearly a quarter-million troops, almost 1700 tanks, and 2000-odd aircraft. Sadly, there were more than 30,000 casualties by the time hostilities ceased, with the Allies in control.

For modellers, El Alamein is a gold mine of opportunity with much equipment and militaria easily available. Among the more unusual offerings is this Corgi cast diorama to 1:32 scale, showing a British tank crew having a break. It’s available from supplier Hattons at bargain rates at the moment. Interestingly, the tank is modelled in semi-bas relief, so is best viewed from the front. Even so, the piece would make a fine shelf-top display, or a backdrop item for a special-interest collection.

Airfix has two 1:72 scale model soldier packs available, at less than £5.00 GBP each. The British 8th Army and the German Afrika Korps sets each contain 48 pieces, and also include items such as mine detectors and anti-tank guns. Don't forget to wash them thoroughly in soapy water before attempting any paintwork - it won't take well on the slippery plastic otherwise.

The Airfix sets are available from model stores and online suppliers, including Airfix itself, here.