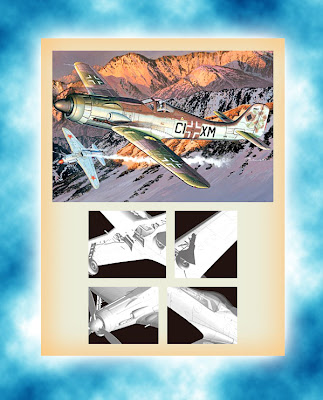 Here’s a clean 1:48 scale kit from Dragon, featuring the Focke Wulf Ta 152, one of Germany’s best World War II interceptor fighters. It was given the ‘Ta’ prefix to recognize the designer-pilot Kurt Tank, who was also responsible for the earlier Fw 190, of which more than 20,000 were made. The Ta 152 was a late-war design that built on the earlier design, but was designed to combat Allied bomber streams more effectively.

Dragon’s model is well produced, with much newly-tooled detail, including the very nice touch of options for the engine cowling, which can now be shown with the cooling flaps open or shut. A fret of photo-etched parts is also included, and the canopy can be displayed open or closed.