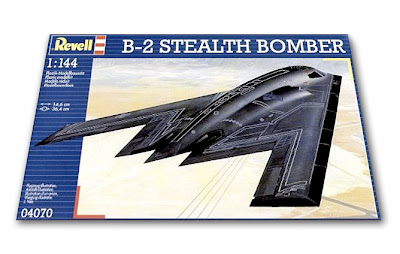 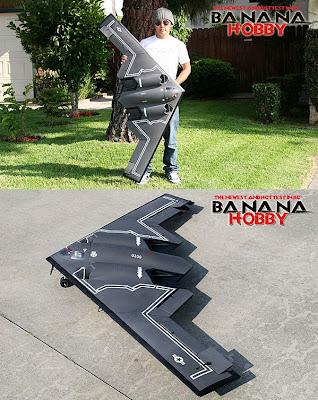 The big, black, and (for some) beautiful Northrop Grumman B-2 Spirit first took to the air from Edwards Air Force Base, California, on this day in 1989. Borne out of Cold War requirements and developed as an ultra-secret ‘black’ program, the four-engined flying-wing has had something of a chequered career, primarily due to the stratospheric costs involved - spending on 21 B-2s has a price tag of nearly $50 billion USD.

Operationally though, the B-2 has proved itself - with air-to-air refuelling it can fly Middle East missions direct from US bases. The two crew (pilot and mission commander) are well catered for on these long flights, as they can rotate rest periods, use a toilet and heat up food and drink. It’s an expensive aircraft to maintain though, as special hangars are needed - without climate control the radar-absorbent and reflective surfaces degrade and become useless.

On the scale model front, the B-2 is not the best served subject; probably the best all-rounder is Revell’s 1:144 scale kit. This is neatly produced, has a reasonably detailed undercarriage and flight deck, plus an open bomb bay. It makes up into quite a large model, with a wingspan of 364 mm (14.3in), though since the B-2 is a flying-wing design, perhaps that shouldn’t be a surprise.

At the other end of the size and price scale, Banana Hobbies has an upcoming ducted-fan radio control B-2 under the BlitzRCWorks name. It looks amazing (bottom), and unlike other RC B-2s, this one needs no vertical stabilizers, so it’s as near true-scale as you’re likely to get, and is a biggie with a 1.8 m (72 in) wingspan. You’ll have to dig deep in your pocket though as this baby is currently $459.00 USD, but pre-orders gain a $40.00 USD discount on this - shipping date is August 10. Yes please!

The Revell B-2 is available from Amazon here, and you can visit Banana Hobbies here.
Email ThisBlogThis!Share to TwitterShare to FacebookShare to Pinterest
Labels: B-2, Banana Hobbies, BlitzRCWorks, Revell, Stealth
Newer Post Older Post Home