KING OF FIGHTERS - KING OF KITS? 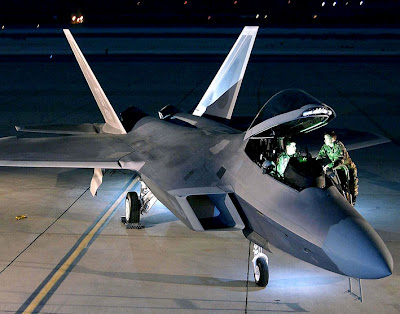 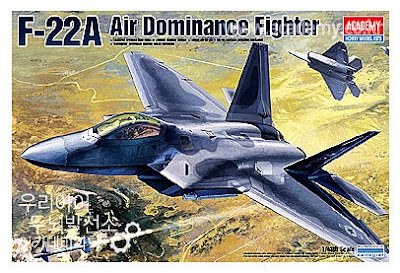 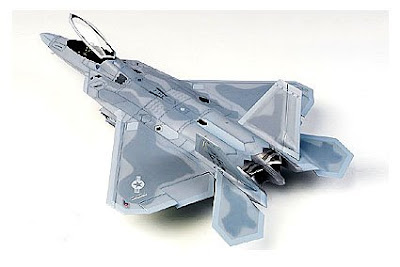 The Lockheed Martin/Boeing F-22 Raptor is undoubtedly the world’s leading air superiority fighter, but it’s also one that’s been plagued with political and technical issues. The price - nearly $145 million USD per copy - makes it a target for cost-cutting senators, and technical points abound, not least of which are questions about the stealth coatings. On at least one occasion, a section has peeled away from the fuselage, to be sucked into an engine intake.

Still, that’s the bad news - the rest is good, insofar as the F-22 is clearly ahead of anything else in the sky and packs a deadly range of weapons in its load bays. Rather than hanging from the wings, missiles and bombs are stored out of sight, therefore being invisible to enemy radars.

And what about models? Probably the best available - and the only model claimed to be a production-standard aircraft - is the 1:48 scale release from the Republic of Korea’s Academy. This F-22 is certainly one for keen plastic kit enthusiasts, as what appears to be a relatively simple airframe design breaks down into no less than 275 separate parts, though many of these are for the very full weapons fit. Academy has packed in a wealth of detail - cockpit dials and equipment seem to be all present, as is the detailed landing gear, separate flaps, and positionable elevators.

And there’s a really nice feature for the touch-sensitive among us - Academy has gone to town on the surface finish, so the particular textures of the stealth panels are there for you to feel with your fingertips. It puts a premium on painting though - spray on light coatings, otherwise those textures could easily be lost.