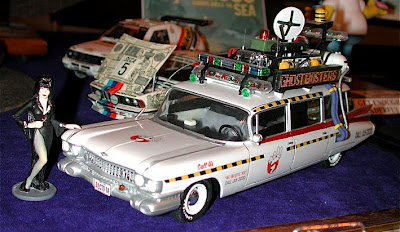 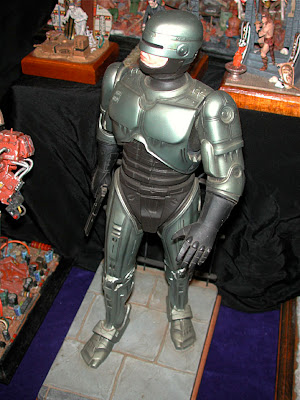 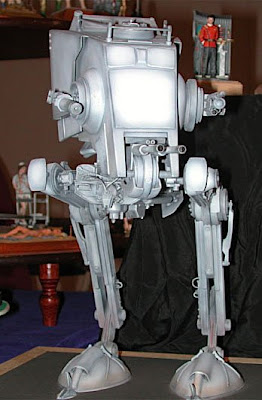 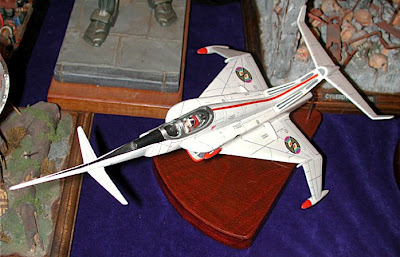 Here is some eye candy for you - four nicely made model-show stars, featuring well-known subjects from the cinema and TV. From the top:

The Ghostbusters Cadillac, based on the long-wheelbase ambulance version of the gorgeous yank-tank original. This model is to 1:24 scale, and is missing only a wailing siren and some oozing ectoplasm. At upgrade time, it could be improved by adding a set of flashing LEDs, and maybe a multi-voice sound chip.

Everyone’s favourite peacekeeper, the star of Robocop. The movie franchise may have died a little in recent years, but it’s still a popular subject. This one is to 1:6 scale, and comes on a nicely made piece of future-city paving.

Star Wars is a hardy perennial, and one that’s been given yet another boost since the release of the recent anime series. The various ‘walker’ combat machines are still state-of-the-art on the model-making scene, and don’t forget the AT-AT walkers from The Empire Strikes Back - we’ll be showing off our post-war civilian version soon.

To the small screen now, with a Gerry Anderson TV series called Captain Scarlet - and flying these Angel Interceptor skycraft were the prettiest* pilots ever seen, the Harmony Angels. Just one thing - the Interceptor might look better on a more modern stand - how about perspex or steel?