STEPHANE HALLEUX - WHERE MODELMAKING MEETS THE WORLD OF ART 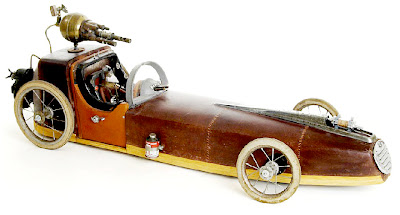 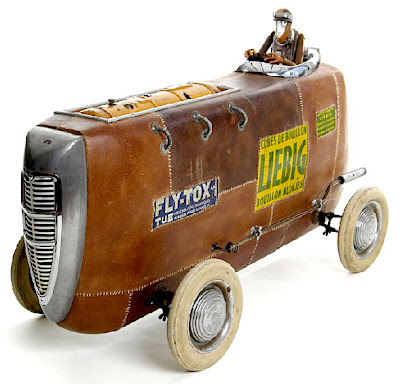 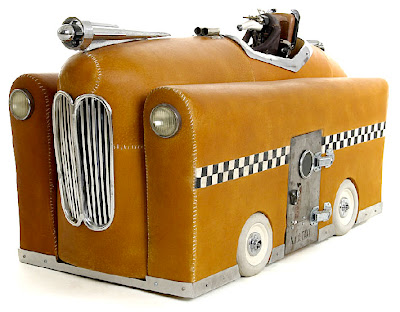 Since graduating in illustration at Saint Luc Liege, Belgium, in 1995, French artist Stephane Halleux has gone on to create a splendid range of sculptural objects that give modelmaking an entirely fresh slant.

Much of his work falls broadly into the science-fantasy 'steampunk' genre, with a dash of cartoon exaggeration added to the pot. Stephane uses materials such as sewn leather and scrapyard pickings, to create objects that have a slightly Victorian, ‘nevertech’ appearance, and very handsome they are too. Stephane has had a series of shows in prestigious galleries, and now his work fetches high prices on the international art market.

The three cars we show are just a small taste of Stephane’s work - he also does robots and similar subjects, and we’ve some samples of these on SMN’s fellow site, Starcruzer.