WORKHORSE TWIN-ROTOR IN SIGHT OF HALF A CENTURY OF SERVICE 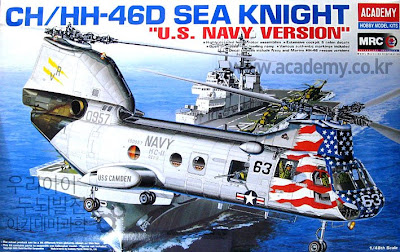 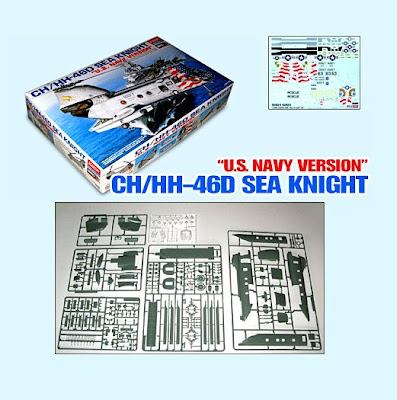 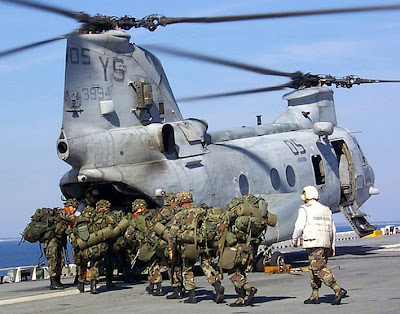 The Boeing CH-46 reaches 47 years since its first flight next month, and by the time the last ones are retired from US Marine Corps service in 2014, the type will have been flying for 52 years! Nicknamed the ‘bullfrog’ or plain ‘phrog’, the assault support helicopter, initially developed by Piasecki-Vertol, has achieved a reputation for toughness and reliability in service.

Various kits have been made, including those of Airfix, Fujimi and Hobbycraft, but far and away the best available today is the 1:48 scale Academy kit. It’s beautifully presented, with a choice of markings that include the US Navy Stars-and-Stripes Sea Knight version shown above. Detail inside and out is top-class - the only thing missing is a bunch of heavily armed troops, ready to walk up the tail ramp (bottom picture). But that’s no criticism, more of a me-want item for a future release.

Academy’s CH/HH-46 would look good in any helo collection - paired with a same-scale twin-rotor CH-47 Chinook, the result would be outstanding.