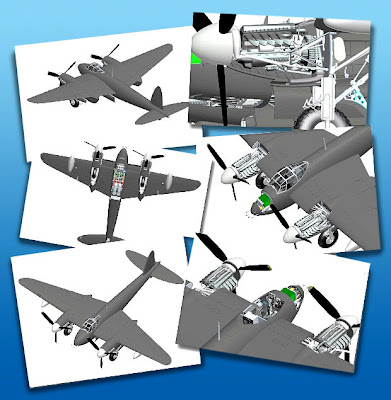 Airfix is continuing to drip-feed information on the upcoming 1:24 Mosquito kit that has the aircraft model builders at SMN waiting with our tongues hanging out.

There will be two kit variations, the fighter-bomber FB VI and the night-fighter NF II. The kit will also include a range of markings, with five decal variations:

According to Airfix, it took more than ten months to design the Mossie, using information from the old Airfix company, the de Havilland Museum at Salisbury Hall, near Hatfield, UK, plus records from the Yorkshire Air Museum in Elvington.