BLAST FROM THE PAST - WHO REMEMBERS EAGLEWALL? 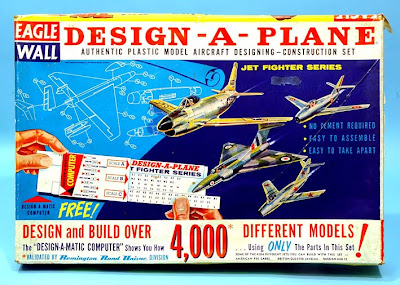 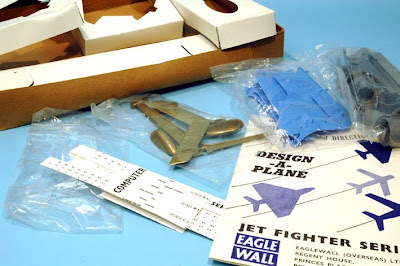 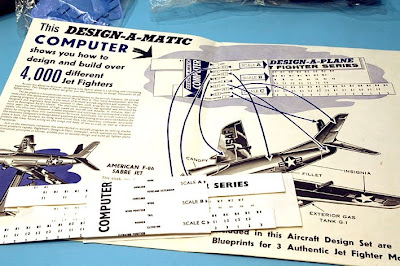 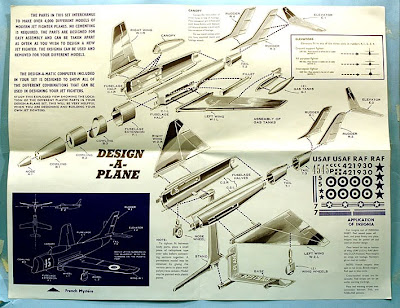 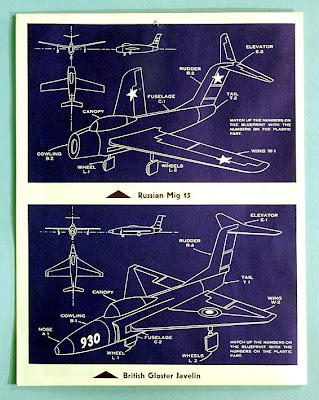 FROM MAT IRVINE
Sometimes ‘new’ is ‘old’. Recently an old friend of mine Jason Joiner - who runs the popular Collectormania events - handed me a kit that I hadn’t seen for decades, the Eaglewall Design-A-Plane. This dates from the early 1960s, so certainly counts as a ‘blast from the past’.

The Eaglewall company began in the mid-1950s in what is often described as the ‘sleepy town of Dorking’, in Surrey, UK. Initially, Eaglewall made a series of cheap aircraft kits issued in polythene bags - as of course Airfix did at that time. These first kits were issued under the ‘Vulcan’ name, but a tie-in then took place with the popular British Eagle boys’ comic, and this name was used on the boxes, later extended to Eaglewall. Most kits were of individual 1:96 scale aircraft, and ships to 1:1200 scale, but then there was... the Design-A-Plane.

The Design-A-Plane let you construct an amazing 4,000-plus different aircraft designs from the one kit, which had a set number of parts and a ‘computer’. This computer, (which was actually more a paper slide-rule, and really not even that), allowed you to select a scale, then which bits from four sets of bagged parts to select for making your own design - the actual figure was supposed to be 4,104, but no, I haven’t yet confirmed it!

The four ‘real' aircraft in the box were an international group - Dassault Mystére, Gloster Javelin, MiG-15, North American F-86 Sabre - but by combining their parts you could come up with the thousands of other designs. The components could be assembled and reassembled time and again, for no glue was needed. The decals could also be removed and stuck down again too. These included national insignia, plus walkway markings and jet exhaust warnings.

The instructions claimed the whole idea was backed and validated by Remington Rand’s Univac computer, used for ‘real’ aircraft which, to quote: “Has speeded and advanced by many years the development of high speed jet aircraft and missiles...”

Design-A-Plane is an interesting piece of modelling history, though the kit wasn’t British - Eaglewall’s product was a reissue of the American Pyro company’s original, and Eaglewall also reissued the Pyro Design-A-Car kit.

If you can visit the store, Dorking Models has a display of Eaglewall kits, and viewers are welcome. You can also read more in the excellent Arthur Ward book Classic Kits: Collecting the Greatest Model Kits in the World from Airfix to Tamiya.

You can buy Classic Kits by Arthur Ward at Amazon here.