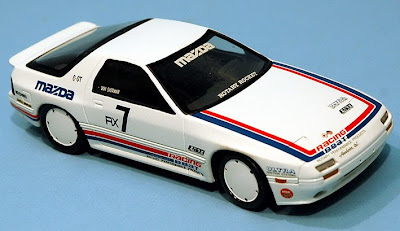 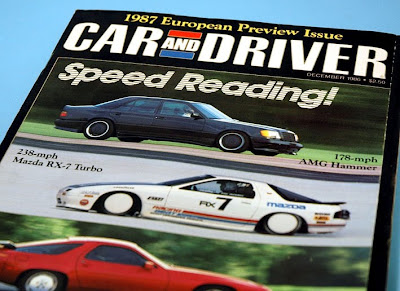 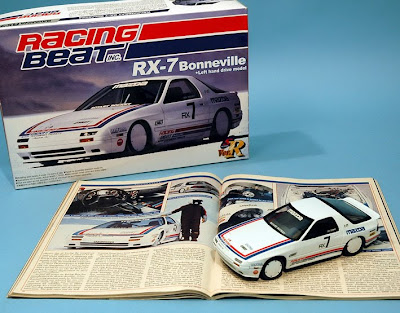 A MAT IRVINE REVIEW
The range of cars you can get in kit form is pretty wide - sports, rally, custom, funny, NASCAR, Formula One, American, Japanese, German, French, Italian, British and many more besides. But one kit zone that’s conspicuous by its near total absence is Land Speed Record (LSR) cars, especially if you want them in 1:24/1:25 scale. Smaller sizes, particularly in 1:43 ‘diecast’ scale are better served, but larger models can be counted on the fingers of one hand.

In 1:24/25 scale there is only one LSR subject available, Revell’s Mickey Thompson Challenger 1. Merit did Donald Campbell’s Bluebird, though that was more like 1:30 scale. Doyusha made Spirit of America in 1:32, and MPC were going to make the Budweiser Rocket. That would have been to 1:25 scale, but in the end it was a no-show. Add the Summers Brothers’ Goldenrod (it was the wheel-driven LSR holder from 1965-1991) as a solid-resin kit in 1:25 scale from Jimmy Flintstone, and... that’s almost it!

However, there is one more - Aoshima’s 2006 kit of the Mazda RX-7, as tuned by the Racing Beat tuning company (note the way Aoshima has used the name on the box to promo the kit). This RX-7 ran at Bonneville in 1986 in the C-GT class for Grand Touring Cars, and was a project by the American enthusiast magazine Car and Driver. The ‘Don Sherman’ named on the window glass was the magazine’s editor at the time. A Google search when I was writing this piece bought up the December 1986 issue of Car and Driver that featured the run, and also where a copy was for sale from an online dealer.

The Aoshima kit matches the real colour scheme pretty closely - usually no two schemes are identical race to race. However, the only decals missing are, oddly enough, the actual Car and Driver ones! There are also some compromises to the kit itself. Aoshima already produced the Mazda RX-7 in various forms, so this is a standard road car, with just enough extra parts added to turn it into the Bonneville racer. The body exterior is mostly fine, but the underside and general chassis are wrong - my advice is to paint the underparts black and forget about the issue. Lastly, although the interior has the left-hand-drive set-up, it lacks racing instruments and roll-cage - but you do get the specially-made Goodyear tyres.

Overall though, the Aoshima RX-7 is worth the effort, and as you can see from the pictures, looks pretty good set against the actual Car and Driver issue I purchased for the shot.

The Racing Beat RX-7 is available from online supplier Models for Sale here.