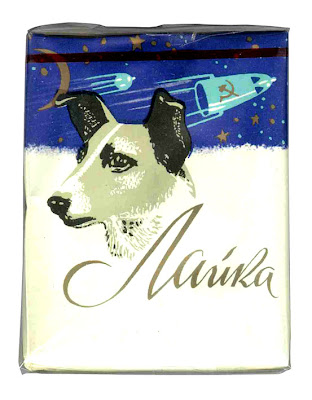 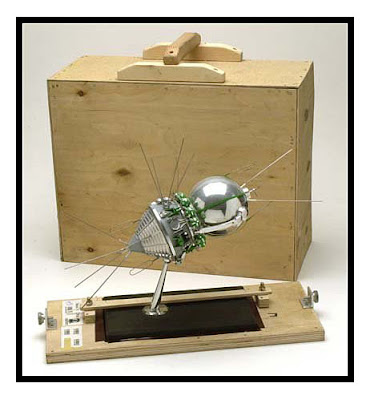 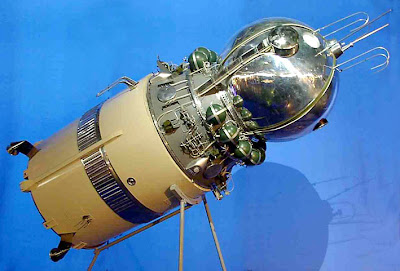 For model makers, Russian space equipment is not especially well provided for, but for collectors it’s a different story, with a host of interesting items that come on sale from time to time. For example, the canine cosmonaut Laika’s trip to space in 1957 was celebrated with her image on sorts of mementos, including a cigarette brand named after her (top picture).

For well-heeled model fans, a superb hand-crafted spacecraft to 1:25 scale has featured in a Live Auctioneers sale (middle picture). As the description puts it: “Manufactured by the NPO Lavochkin Institute, in 7 x 13 x 16 inch custom wooden carrying case. An exquisitely executed model of the first manned spacecraft, presented to a major rocket designer for a 70th Anniversary by the Chief Constructor of Rocket Engines Valentin Glushko. Includes extraordinarily delicate detail. Few surface flaws, missing one thin antenna, still very fine. Beautifully made and a worthwhile addition to any fine model collection. A rare opportunity to purchase a classic space model. This model last sold at Christie's New York for over $16,000 USD in 2001”.

Talking of space exploits, today’s the day in 1960 that the USSR’s Sputnik 5 (bottom), loaded with a space zoo that included the dogs Belka and Strelka, a pair of rats, 40 mice and a number of plants, left orbit after little more than 21 hours in space. Importantly, they were returned to Earth safely, unlike Laika, who died when her air supply ran out, but not before she had proved that a mammal could survive the stresses of takeoff and weightlessness.