DANGER - THE MARTIANS ARE COMING! 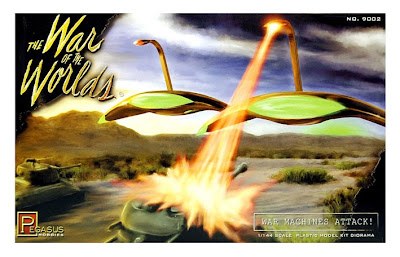 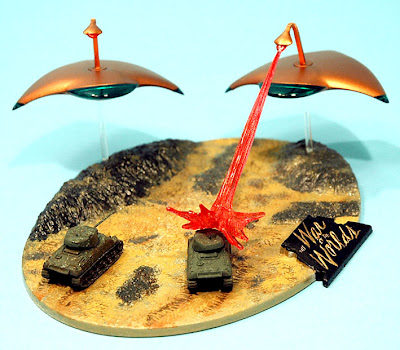 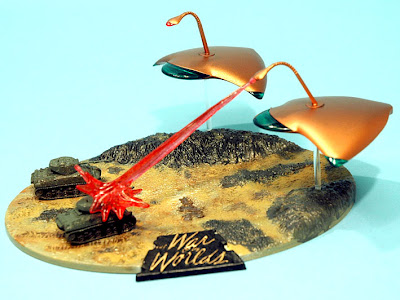 A MAT IRVINE REVIEW
The HG Wells story The Wars of the Worlds always seems to draw attention, even if various movie remakes have shifted the location away from the English original. Although the George Pal version of 1953 was about the furthest removed from Wells’s Victorian settings, it arguably remains the most well known (notwithstanding the 2005 Stephen Spielberg movie, set in New Jersey) especially when it comes to the shape of the Martian war machines. There have never been any mainstream model kits of these in traditional plastic until now - and they have come from what is a relatively new company

Only a few years ago, Pegasus Hobbies was producing a few parts for car modellers and some wargaming accessories, but now it has grown to include a range of traditional construction kits, including some new science fiction subjects. We mentioned the Pegasus Hobbies Apollo 27 on SMN recently, and now we look at three Pegasus war machine models.

There are two copper-chromed war machines to 1:48 scale, each spanning some 280 mm (11 in) across. One is a kit, the other pre-built ‘with sounds’. In much smaller 1:144 scale you get the complete 203 mm (8 in) long mini diorama shown in the pictures above. This one is a simple kit, almost snap together, though some parts do benefit from glue and it needs a bit of care with the paint.

Prominent features of the George Pal war machine are the ‘green glowing’ nose and wingtips, here supplied in clear plastic. For best effect, you need to apply transparent green paint, which is available from many paint companies. The main body is a copper shade. The diorama depicts a pair of them attacking two Sherman tanks - not badly done considering their size - and one of the tanks is shown getting socked by a blast from a Martian ‘death ray’.

A neatly done base completes the set-up, the only oddity being that the war machine supports are moulded in opaque plastic, so they show up. Given that clear plastic is used anyway for other parts, it seems a shame they weren’t supplied in clear. However, on the model I constructed for the pictures above, they’ve been replaced with clear acrylic rod so they blend in to the background slightly better.