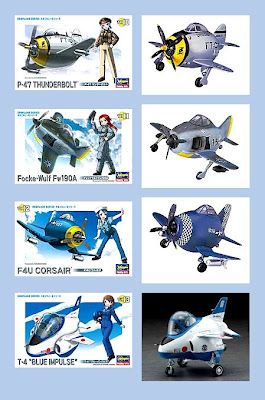 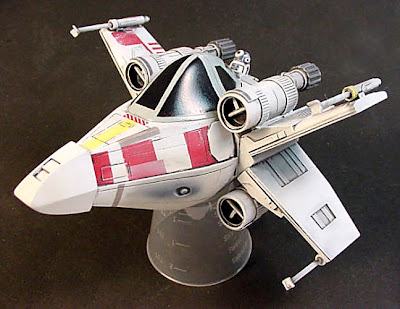 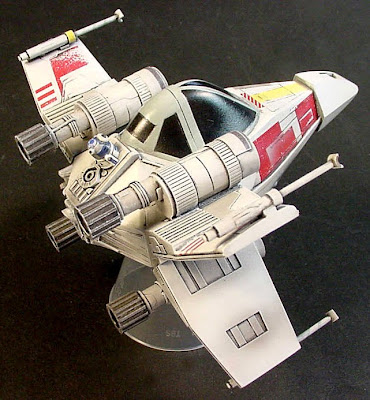 We’re long-time fans of Hasegawa’s Eggplanes here at SMN Towers. The earliest ones date back to 1976, but they've been reissued and reboxed, with new visual treatments to suit new times. The latest boxes have the neat and tidy look that's typical of modern Japanese graphics, and feature slinky anime-style girls to set off the rotund shapes of the planes.

Eggplanes are not to any particular scale, which is fine for the cartoon styling that Hasegawa came up with. There are presently more than a dozen in the range, from Zero fighter to Space Shuttle; four are shown in the top picture. Eggplanes are simple to make, mostly with fewer than 20 parts, and some of these combine various features in one. For example, the F/A-18 has wings, tail and missiles moulded as a single part.

Much as Bachmann’s 0n30 trains have spawned a legion of fans who enjoy creating semi-fictional railroads, so there is a subculture of Eggplane-eggsperts out there, who like to customize their Eggs or create new ones entirely. And above we show two views of the really nice ‘Eggswing’, made by talented model maker called Vince, of the X-Plane from Star Wars. What a delight!

Thanks to Vince for the Eggswing.