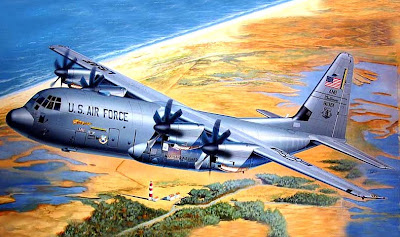 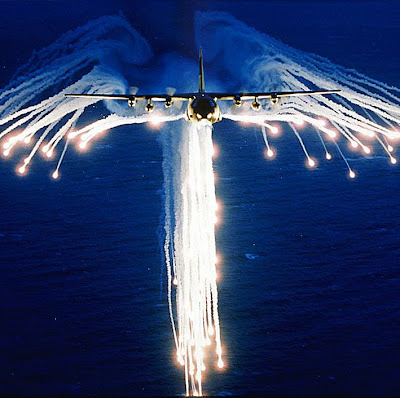 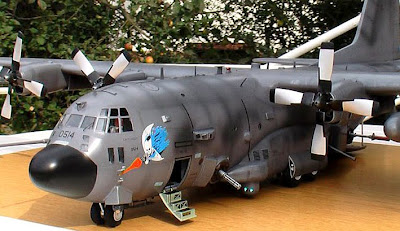 Believe it or not, the Hercules transport made its first flight 55 years ago today, and has been in continuous production ever since, a record for any military aircraft. Nicknamed ‘Fat Albert’ or ‘Herky Bird’, military and civil C-130s have seen an almost limitless number of uses, including troop transporter, ambulance, gunship, search and rescue, science research, and firefighting waterbomber. The latest version is the C-130J, which at a glance looks much like earlier Hercs, but is actually a vastly improved beast, with upgraded digital instruments, and new engines with six-bladed propellers.

There are many different Hercules models, but the biggest of the lot is the positively humongous 1:48 scale Italeri kit (box art shown, top picture). If you’ve got room to put this Herc somewhere - the wingspan is some 842 mm (33 in) - it makes a splendidly satisfying construction project, as at this size, you can pack in a huge amount of detail. The interior is nicely done, but some lighting would help reveal what’s going on in there - which in the basic kit is not a lot. There really ought to be a decent cargo load to make the kit a bit different.

Apart from combat troops, cargo Hercs can carry HUMMV jeeps or an M113 tracked APC, so one or both of these, with suitable figures, could make a terrific setpiece display and turn this massive kit into a ‘wow - look at that’ show-winner. You don’t have to stick to Italeri’s J-model of course - an earlier Italeri kit featured the AC-130U gunship version (middle picture dropping flares) and this makes up into a really attractive model, too (bottom).


The Italeri 1:48 scale Hercules is available from stores and online suppliers, including Internet Hobbies, here.

Thanks to Istvan Hevesi for his AC-130U - you can see more pictures at his page here.
Email ThisBlogThis!Share to TwitterShare to FacebookShare to Pinterest
Labels: C-130 Hercules, HUMMV, Italeri, M113
Newer Post Older Post Home