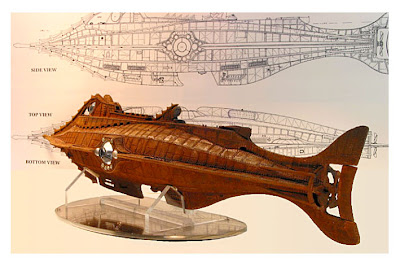 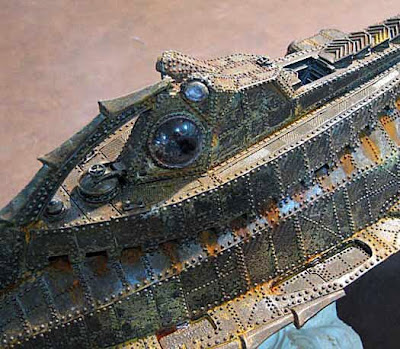 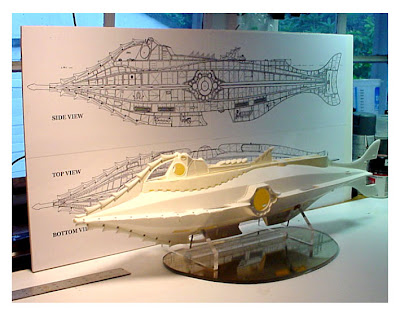 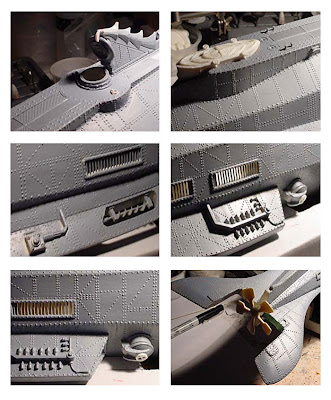 We had a nautiloid moment here at SMN, when we realised that good models of Jules Verne’s fictional Nautilus are far easier to get hold of than the US Navy vessel. And of the Verne subs, few are better than this one, from Oregon-based Total Immersion.

Total Immersion’s 1:72 scale Nautilus is based on the dramatic design that featured in the 1954 Walt Disney 20,000 Leagues Under The Sea, and a very handsome model it is too, measuring some 813 mm (32 in) long. Just for once, we’re not complaining about oversize rivets on a model, as Victorian-era machines had ’em in spades! Mind you, the Disney sub isn’t a bit like Verne’s original book description, which detailed it as an elongated cigar shape, powered by sodium-mercury batteries. But SMN’s thumbs-up goes to the fabulous ‘Disney-Gothic’ styling, working by means of a proto-nuclear power plant!

In TI’s words, the kit is: “...based on the Harper Goff visualization built by Tom Scherman Hollywood set designer and Lee Seiler hydrodynamic model ship builder at the Department of Naval Architecture University of California Berkeley model ship towing tank”.

As you can see from the pictures, a LOT of work has gone into this product, which is available in kit form or fully-built to special order. Extra items include various figure sets, and a radio-control kit for underwater operation in the nearest lake.

Incidentally, Lee Seiler (the man behind the kit) is a long-time model builder, who has picked up a TV Emmy and whose dinosaur sculptures grace museums worldwide. He has some tasty future items planned for us, including another 1:72 scale ship, the American Civil War Monitor. Sounds good, Lee: we’re looking forward to it.