SURF’S UP WITH A CLASSIC VW BUS FROM HASEGAWA 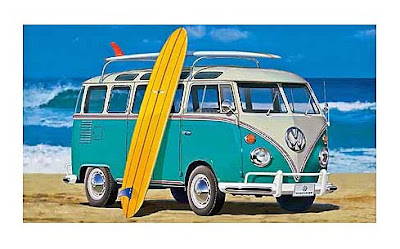 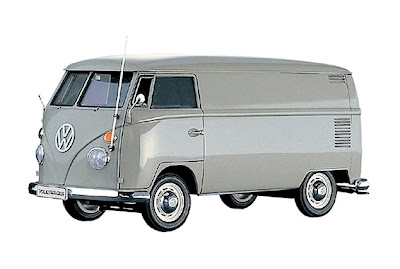 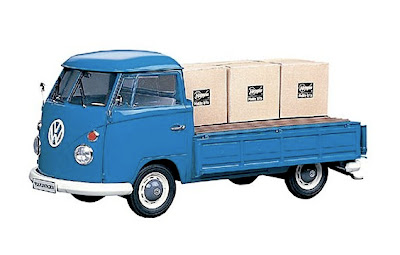 The classic ‘split-screen’ Volkswagen Type 2 bus just never goes away. Introduced in 1950, and with an uprated single-screen ‘bay window’ version still being made in Brazil, it has had far and away the longest production run of any commercial vehicle. The flower-power 1960s were probably the heyday of the split-screen, when it became a symbol of hippiedom and of course, surfer dudes. Yet here we are in 2009, with teenagers (including my daughter) still wanting one, spurning modern high-tech designs for the desirable retro looks of the old VW bus.

And now Hasegawa gives us a taste of that bygone era with a very nice 1:24 scale VW Surf Bus, which is the one with rows of neat eyebrow windows running down the sides (top picture). For this 2009 offering, Hasagawa has given the kit some extras, including a pair of neatly moulded resin surfboards, and a roof carrier to display them. The kit is very well done, and just waiting for the addition of sea, sand and bikini-clad girls, on a diorama display.