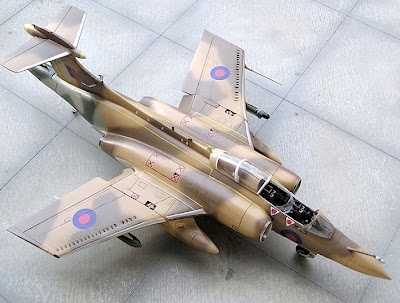 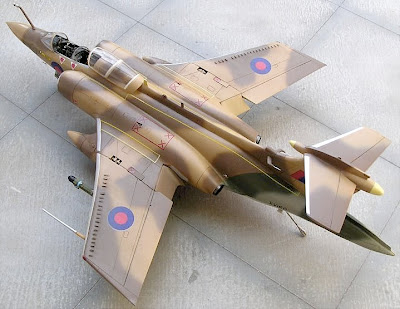 Seeing the Buccaneer gracing the cover of that 1961 RAF Flying Review had us thinking about the kit situation for the ‘Battler from Brough’. The first one was the old Airfix 1:72 scale kit, which had a rotating bomb bay and positionable air brakes, but also came with some poor-fitting components, and very basic detail levels. The crew figures were classics of their kind - barely human in appearance, too small, and really fit only for ejection into the bin. Since then there have been various upgrades, including the bigger and better 1:48 scale version - but even here, accuracy buffs (aren’t we all) have had to use after-market detail sets to produce a show-quality model. Sadly, the Matchbox and Frog offerings haven’t been much better.

Well, quality arrived from Eastern Europe with a resin kit from Czech Master Resin (CMR), a company that has resolved all the accuracy issues nicely with its 1:72 scale Buccaneer. As the eye-candy pictures show, here is a model worth building, though it’s fair to say that resin kits need more work from the model maker than a well-sorted injection production. Various parts - wings, tail, canopy, flaps, nose - can be displayed open, closed, up or down. The cockpit is a particular joy to behold, with levels of detail that would be good in 1:48, let alone 1:72, and metal-etched parts are included for this.

CMR is really going for it in the detail department, and constantly upgrades support information. This Buccaneer, for example, comes with a well-produced photo-booklet which will have precision-freaks smiling with pleasure. SMN is not the only observer to rate this kit - the respected German magazine Modell Fan awarded it ‘Model of the Year’, and you can’t get better than that.

The model in the pictures was made by Jaromir Senft from the Czech Republic, as the aircraft appeared for Exercise 'Red Flag 77' in August 1977. It’s built straight from the box, and there are a total of 14 alternative markings supplied by CMR. Well done, all concerned.

You can visit CMR here.

The CMR Buccaneer is available from online suppliers, including Hannants here.