BACK TO THE FUTURE WITH ‘RAF FLYING REVIEW’ 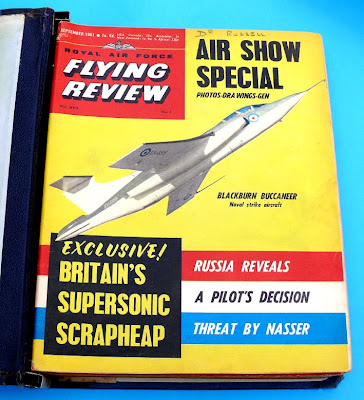 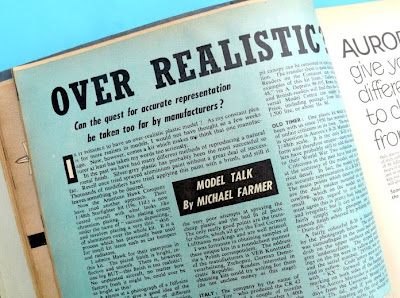 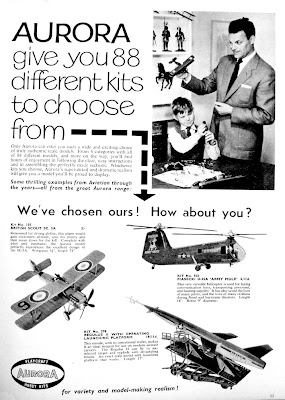 Here’s another treasure from the SMN Vault of Ancientness - one of a bound set of 1961-62 RAF Flying Review magazines. In its time, this monthly British publication was a must-buy for air and model fans, and was packed with news, views, stories, and what was called ‘Technical Gen’ - hard-core info-porn to you and me.

As almost all air fans are also modelers, the scale model page was an important part of FR. While the magazine's lead feature ranted (rightly) about the UK government’s disastrous habit of canning air projects just as each prototype had shown its worth, Michael Farmer’s 'Model Talk' was looking at the latest Hawk kit, a 1:48 scale F-104 Starfighter.

The F-104 displayed Hawk’s attempt at giving a model a realistic bare-metal look by using a vacuum-deposition ‘chrome’ finish; at that time, model makers had little choice beyond a streaky paintbrush, so the prospect of a jet covered with chrome plating was very interesting indeed. However, Farmer reckoned the Hawk effort was TOO realistic, rightly saying that no aircraft is ever likely to be as shiny as this, even fresh from the factory. Today of course, we’re spoilt for choice, and metallic finishes and dull coatings are cheap as chips.

Opposite Model Talk is an advertising gem, a full-page black-and-white ad for the 88-model Aurora range. For this reviewer, the tasty one of the three kits shown is the gorgeous Regulus II, complete with an operating launch platform - come on, today’s reissue-meisters - IWOOT! The twin-rotor Piasecki H-25A is pretty tempting too, its look and layout predating today’s heavy-lift workhorse, the Boeing Chinook. The SE5a? It looks OK enough, but here in 2009, we’re really spoilt for choice in this department, especially in the diecast zone. Corgi’s 1:48 diecast SE5a includes ultra-fine rigging that the average model maker (well, me anyway) wouldn’t even dream of attempting.