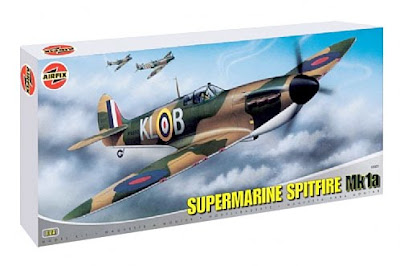 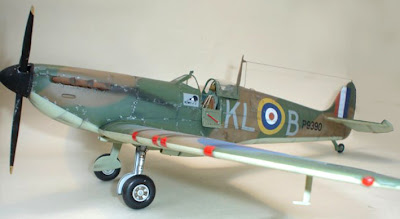 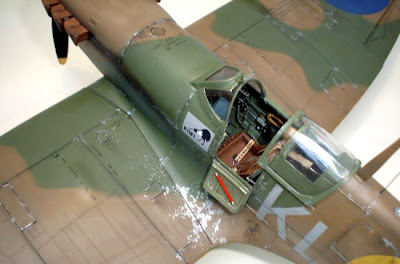 Today is Battle of Britain Day. From July to September in 1940, the German Luftwaffe attacked shipping and ports in southern England, moving on to target RAF airfields and infrastructure. The Battle of Britain was a close-run thing - at one point the Royal Air Force had all its aircraft in the air, with no backups left at all. But after September 15, Hitler changed tactics, and historians generally agree it marked the turning of the tide in that air war.

The aircraft heroes of the Battle of Britain were the Hawker Hurricane - a Guernsey Airport Model Show 1:72 specimen with fuel truck is shown at top - and the Vickers-Supermarine Spitfire (pictures below). There are more Spitfire kits that you can shake a stick at, but the grandaddy of them all is surely the big old 1:24 scale offering from Airfix, dating back to the 1970s. It’s still a pretty good kit that offers a wealth of detail, even if the undercarriage legs can be a little weak at the knees. The Spitfire shown was made by Warren Osborne, and looks to have just about the right amount of weathering, giving it a hard-used daily combat look.

If you like the outdoors then maybe a radio-control Spit could be a buy. ParkZone’s neat ready-to-fly electric Spitfire MkIIb is a great way into RC, as it comes complete with all the bits and bobs you need. It’s not too twitchy in the air, enabling a relative beginner (even this reviewer) to do loops and rolls in fairly short order. Unusually, the pilot figure manages to look semi-human, even if he does come minus body and appendages.

Thanks to Warren Osborne for his Spitfire pictures. You can see more at the excellent Aircraft Resource Center here.