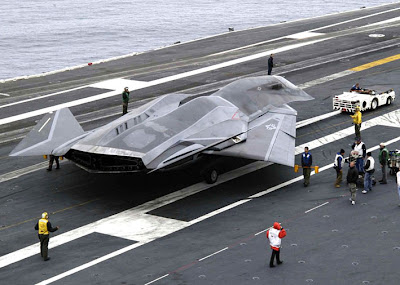 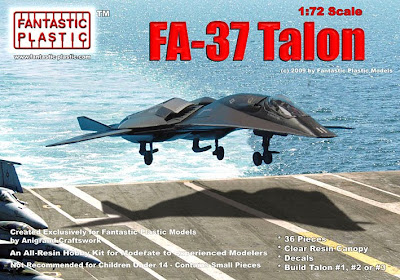 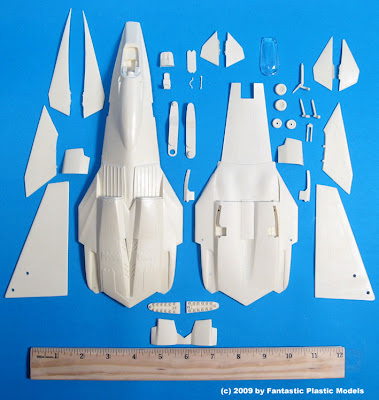 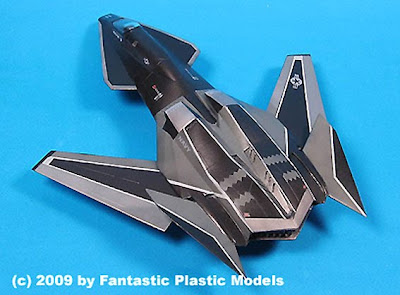 As lovers of all things science-fictional, the SMN crew hustled out to see the 2005 movie Stealth, which featured some believable near-future flight hardware, set against a plot and script that were not quite so hot. The trailer (see video top) made it look like Top Gun on steroids, but we weren't exactly surprised to learn later that ticket sales at the box office hadn't caught fire.

However, the visual-effects people did their work handsomely enough, and the ‘FA-37 Talon’ naval fighter (shown above ready for takeoff) was a great-looking machine. And now Fantastic Plastic has released a 1:72 scale resin kit of the FA-37 (lower three pictures). The model scales out to a length of some 305 mm (12 in), and has working forward-sweep wings. Three slightly different Talons starred in the movie, and parts supplied with the kit enable you to model each of these.

A nice addition to the ranks of sci-fi jets, Fantastic - it’s well up with the likes of the hardware from Firefox. Let’s hope that the next stop will be to make a kit of EDI, the ultra-tech robotic jet that also featured in the film.