GUARDING AMERICA WITH THE NIKE HERCULES 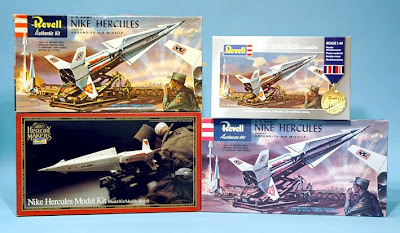 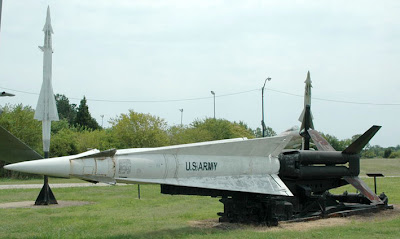 A MAT IRVINE REVIEW
The US is full of aerospace museums displaying obsolete equipment. The vast majority are extremely well maintained and most have been lovingly restored and maintained.

The Air Power Park in Hampton, Virginia, which I visited when attending last year’s US IPMS (International Plastic Modellers Society) Nationals in Virginia Beach, has a variety of aircraft and missiles on display. These are mainly associated with the nearby Langley Research Center, but it is a bit of a mixed bag. Most of the aircraft are in fair condition, but the missiles have certainly seen better days and like all equipment, if they are not carefully maintained, they tend to show it. One such item is the Nike Hercules surface-to-air missile on display.

I was reminded of my visit recently, as one of Revell Germany’s recent Classic Kit reissues is of the original 1:40 scale Revell Nike Hercules kit. This stems from as early as 1958, and even in those early years of the plastic kit industry, it was extremely well detailed. The missile has moveable fins, and the solid-rocket booster separates from the forward section, while the launcher can be moved into firing position. Add the three supplied crewmen for scale, and you have a model that, somewhat ironically, is in far better condition than the example sitting in the Air Power Park!

This is the fourth issue of this kit . After the first one in 1958, it was reissued in The History Makers Series 1 in 1982, then as an SSP (Selected Subject Program) in 1994 - and all four issues have presented the plastic in different colours! First it was ‘Molded in 2 Colors’ (as it says on the box – in tiny print at the upper left), white for the missile, dark green for the launcher. The History Makers was all in a dark olive-green, the SSP was all-white, while the latest Classic Kits issue is all in bright mid-green!

The pictures show, top to bottom:
1 All four issues, anti-clockwise from top left - the original 1958 issue, the History Makers release, SSP, Classic Kits. The last box art was created by scanning the image from the actual box at top left.

2 An assembled kit, standing on a base that I added. The booster stage has been painted black, (as against the recommended white), as this was often used as a variation on an all-white scheme.

3 The Nike Hercules at the Air Power Park in Hampton, VA. When used in anger, the missile was jacked up to a vertical position. Standing behind, you can see two Nike Ajax missiles. The Ajax was the first in the Nike missile series, becoming the first US air-defence missile in 1953. The faster Hercules model followed some years later, in 1958.