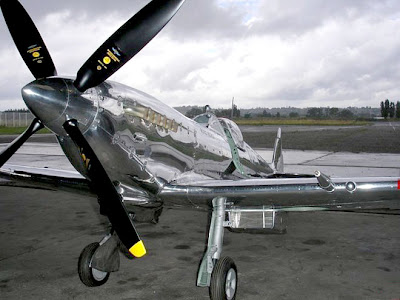 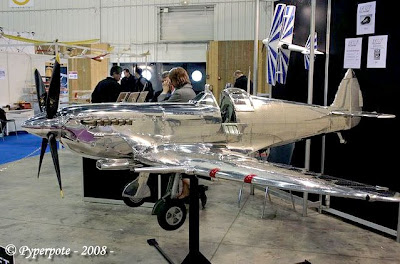 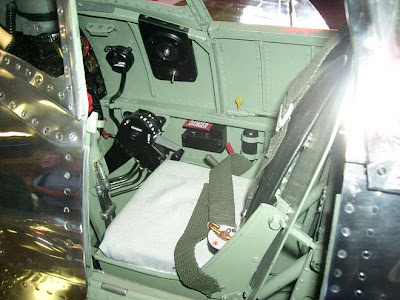 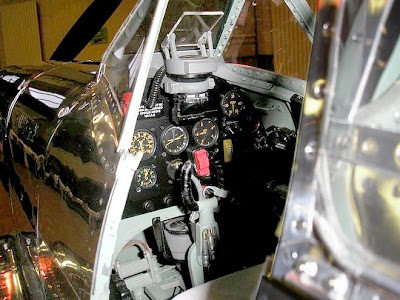 It’s not often that the SMN crew is stopped in its tracks by something quite so drop-dead gorgeous, but Jean-Pierre Cousinet’s 1:3 scale (yes, one-third scale!) Spitfire brought us to a halt PDQ. The gleaming Spitfire Mk IX is something of a crusade for Frenchman Jean-Pierre, who is a passionate aviation fan, for eventually he would like to see his creation produced in a limited-production run.

J-P’s Spit has a wood airframe that’s covered in aviation-grade aluminium plate, with exact reproduction of skin panels, structure and internal parts. The detailed cockpit was put together using original drawings, and has an adjustable seat, illuminated gun sight, and rear-view mirror. Future developments could include armament compartments with ammunition boxes, belts and rounds; a working scale engine is another possibility.

Incidentally, J-P dedicated the Spitfire to the late Sir Ray Hanna, famed for being a founding member of the UK Red Arrows aerobatic team, and The Old Flying Machine Company, which keeps vintage warbirds in flying condition.

It looks terrific Jean-Pierre, and SMN wishes you bon chance with the project.

For those of us who want a biggish Spitfire but don’t have room for a 1:3 scale replica, Forces Of Valor offers a diecast 1:32 Mk IX Spit, complete with decent pilot figure. It’s a hefty beast, and some of the detailing is perhaps a little heavy, but it certainly looks impressive in its 356 mm (14 in) square box. Prices vary with supplier, but Amazon has reasonable deals on the FoV Spit.