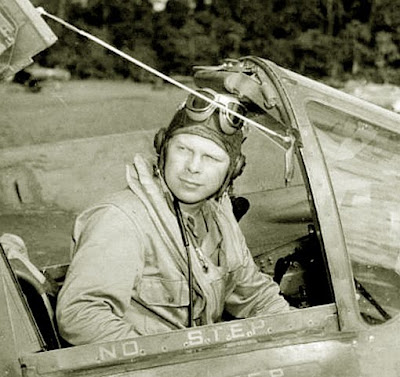 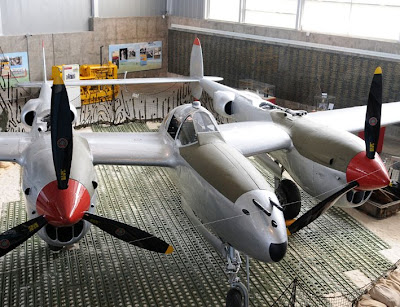 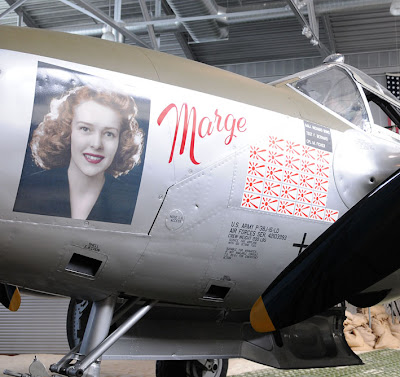 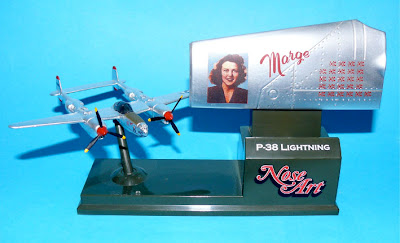 Richard Ira ‘Dick’ Bong was born this day in 1920. He became the top US ace of World War II, shooting down at least 40 enemy aircraft while serving in the USAAF. Bong is famed for his ‘forked-tailed devil’ (as enemy pilots called it) Lockheed P-38 Lightning, decorated with a portrait of his girl, Marge, whom he married in 1945. Sadly he was killed later that year, while taking off in a P-80 Shooting Star jet.

More than 10,000 Lightnings were built in all, though as ever from that period, there are few survivors today. However, you can see a restored P-38, painted accurately in Marge markings, at the Richard I Bong Veterans Historical Center in Superior, Wisconsin. As the pictures here show, they’ve made a very good job of the restoration.

We model fans are spoilt for choice where the P-38 is concerned - from plastic kits to diecast, there are dozens to choose from. And as the video shows, there are decent flying scale models available, too. This one is an electric-powered model from E-flite. It’s made to about 1:13 scale, which gives it a 1219 mm (48 in) wingspan and, as you can see from the video, it can be a fine performer despite tipping the scales at a hefty kilo-plus.

If you like tiny things, then any one of the Corgi shelf-top Nose-Art range makes an attractive decoration. Top marks to whoever dreamt up the idea, as the combo of miniature aircraft - the P-38 in the picture has a wingspan of just 109 mm (4.3 in) - and a hunk of simulated metal skin is an attractive pairing.