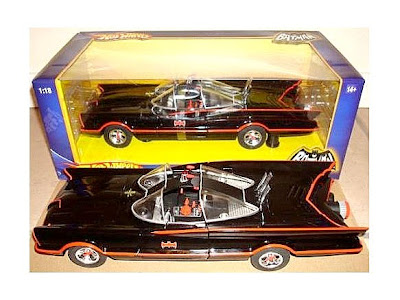 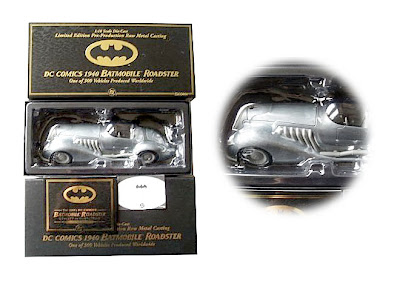 This little movie is doing the internet rounds at the moment, and according to reports elsewhere it cost more than $1 million USD (£630,000 GBP) to construct. Hmmm... that sounds a bit of a hyped-up figure to SMN, but short of seeing the till receipts, we won't quibble. The vehicle, built by Stockholm resident Leif Garvin, is apparently based on the running gear from a 1973 Lincoln Continental, typical current asking price a definitely non-stellar $3000 USD (£1893 GBP). However, Leif's Batmobile took over three years to build, and as you can see, it’s a very impressive piece of work, packed with technoid gadgets, and with a paint job that Batman would be proud of - and in SMN satin-finish too ;)

Our own AMT Batmobile refurb is coming on a storm, and we’ll be able to show her off very soon. Meantime, there are lots of Batmobiles out there, and don’t forget that the Batman franchise has churned out many variations over the years.

SMN current favourites are both 1:18 diecast models. The Hot Wheels 1960s-era Batmobile is the TV-series design, created by customizer-king George Barris from a Lincoln Futura concept car. The other is a pricey but interesting Corgi bare-metal casting, based around a 1940s comic design, and an unusual addition to any collection.