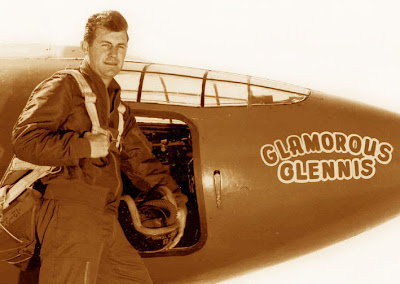 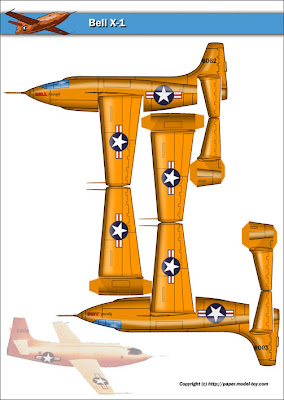 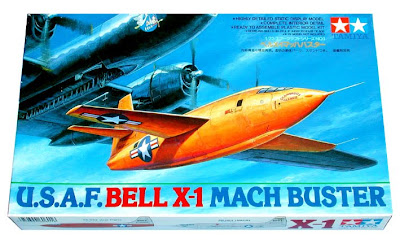 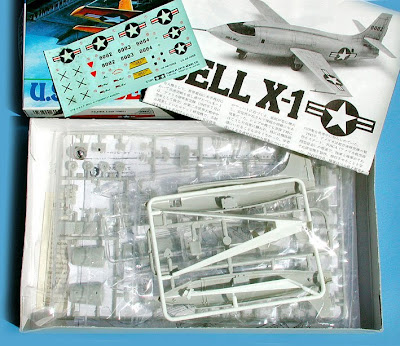 On this day in 1947, US test pilot Charles ‘Chuck’ Yeager flew the bullet-shaped Bell X-1 rocketplane faster than sound and into the record books. It was a spectacular achievement - until then, the ‘sound barrier’ had been regarded by many as a ‘wall in the sky’ that might forever be unbreakable.

Since then of course, supersonic flight has become an everyday event, with most air arms sporting at least one supersonic interceptor type. However, the X-1 itself has not been particularly well covered as models go. Probably the best one is still the old Tamiya 1:72 offering, which has an optional transparent fuselage half, allowing you to see the rocket motor and fuel tanks inside. Other interior detail is rather sparse though, so it’s a toss-up as to whether the model is best off built like this.

UK online outfit Hannants can supply the Tamiya X-1, though note it has new box art, which in SMN’s opinion is not half as much fun as the ‘classic’ box we show above. The click-through below takes you to an X-1 maker listing, so there are some choices there.

And for paper model makers, the website Paper Model Toy has a free pdf for you to make a simple cut-and-fold X-1. Printed onto A4 paper, it’s roughly 1:72 scale, so will allow you to compare the little X-1 with other single-seaters to that scale.