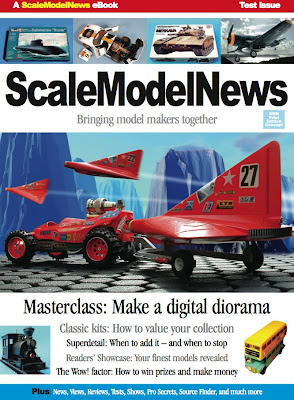 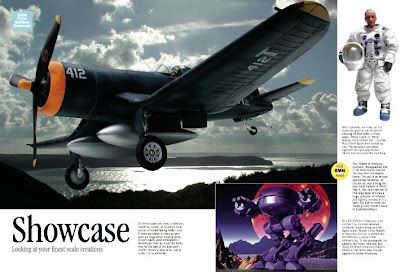 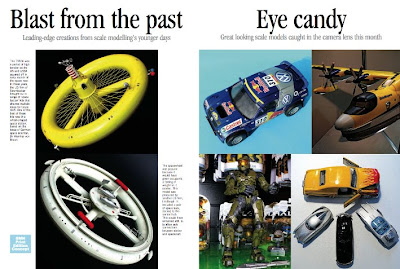 When the idea of Scale Model News first fired up, the idea was to publish it as a traditional paper magazine - and we took printed dummy issues to clubs and model fans for research and feedback, most of which was highly complimentary.

However, the idea of paper publishing didn’t really stack up for a new launch - the costs were high and it wasn’t really possible to give much ‘news’ value in a monthly publication. So the decision was made to launch as the internet product you’re reading today.

However, that’s not the end of the story, as plans are afoot to expand SMN from its present blog format, to include user-features such as reader galleries, competitions, an e-store, and much more besides.

So we thought you might like a look at an e-version of that dummy issue, originally called 'Miniatures', until we found that the word was often used by the dolls-house community. If you follow the link below, you can have a look at our thoughts, and also get an idea for the sort of things that you could be seeing on-screen before too long.

As planned, this free SMN 12-page ebook will be the first of the many - from cars and planes, to tanks and robots, just watch this space. It's in 'page-turn' format, so it's worthwhile taking a little time to use the controls - in particular note that you can zoom in A LOT - and the Captain Scarlet diecast looks particularly good in closeup detail. The pictures on page 11 replace a proposed plastic folder for an old-tech DVD, otherwise it's pretty much the same.

It's worth taking a moment to learn the interface - best thing to do is click the 'full screen' button top left, and take it from there. You can download the ebook doc as a pdf to read off-line if you like; you can also print it if that's what you wish.

There’s just one small request - if you like what you see, please pass on SMN’s site address to your modeling friends. Thanks!