GM’S PARADE OF PROGRESS - THE WAY THE FUTURE WAS 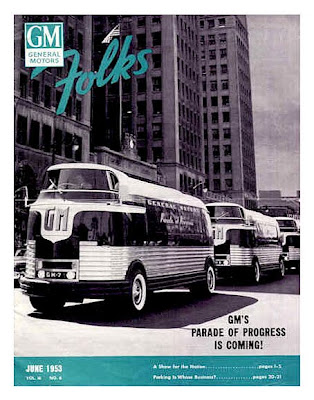 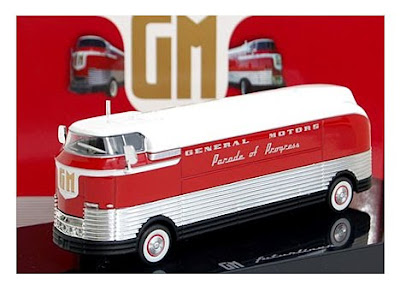 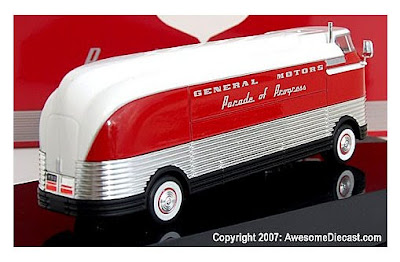 A headline draw at motorshow time (Frankfurt’s over, Tokyo opens on October 24) is the range of gee-whiz concept vehicles on display. Most of them are a bit of a tease though - few make it into production, and the ones that do are usually sad-sack imitations of the way-out ideas that fired us up.

But designing futuristic vehicles - trucks and buses, as well as cars - is in every designer’s DNA, and sometimes ‘the future’ does hit the highway. Back in 1940 the US General Motors (GM) company built a whole fleet of high-style bus-cum-trucks called Futurliners, to travel around the country putting on instant displays of advanced technology en-route.

The deco-design Futurliners were a massive draw, and as the video shows, the arrival of the ‘Parade of Progress’ in your home town was quite a big deal. The Futurliner parade rolled from 1940-41, and again from 1953-56.

Models of these spectacular machines are thin on the ground, but there is a neat 1:64 diecast from Norev, a French company well known for producing rare and exotic subjects. Good on you Norev - please repeat to 1:43 scale, with lots of extra detail! Follow the links for more info on the Futurliner, and suppliers.

The pictures above show:
1 The Parade of Progress as it appeared on a 1953 Life magazine.
2, 3 Norev 1:64 model at Awesome Diecast, front view.