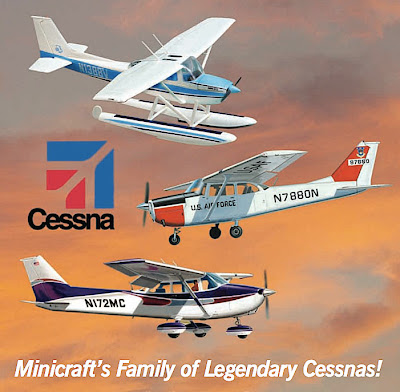 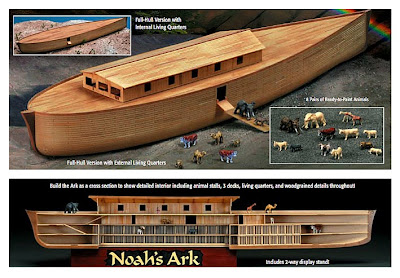 Minicraft is a respected name in plastic models, and their catalogs - general and this year's - are available for download in pdf format. They’re big files mind, but the general products one in particular has some gems.

In this, there’s a reminder that Minicraft is one of the relatively few companies that offers those Cinderellas of the model world, general aviation lightplanes. Minicraft makes a small range of Cessna, Piper and Beech aircraft to 1:48 scale, which are neat and tidy replicas of the real thing.

A Cessna may not be as exciting as an F-16 loaded for bear, but even so, every collection should have one or two GA planes, if only for comparison. It’s tempting though, to apply camo markings, then hang some attack hardware under the wings and fuselage. Hey, SMN’s being aggressive again, but if we’re being honest, plain old ‘white with a stripe’ is not so thrilling.

There’s another item in Minicraft’s selection that strikes a chord - a really nifty rendering of Noah’s Ark. It’s a good size at some 470 mm (18.5 in) long, but the real kicker is that it includes heaps of cross-sectional detail, including three decks, living quarters and animal cages.

A figure of Noah and some animal pairs are included, but this must show an early moment in filling the big boat, for Minicraft supply just 16 critters, hardly enough to restock a post-Flood planet! Come on Minicraft, you should add a zooful, plus Noah’s family, even if they have to be in an add-on pack. Minicraft products are available at model stores and online suppliers.