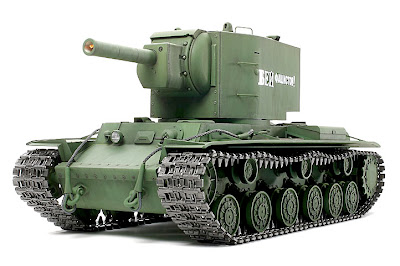 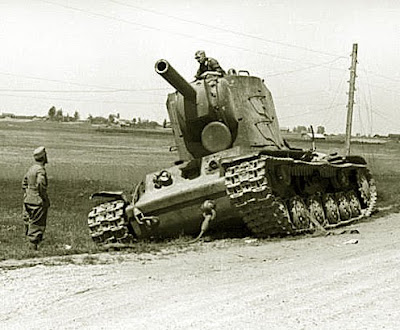 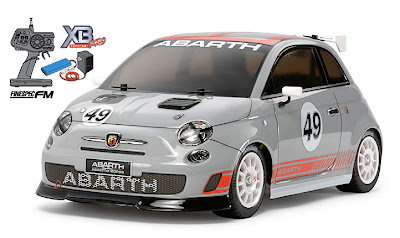 Tamiya’s choice to model the KV-2 tank (‘KV’ was short for Kliment Voroshilov, a defence commissar of the time) is quite unusual, as it was one of the rarest tanks of World War II - only about 255 were made. It was a 45-tonner, and massively armoured, but these were downfalls for a fast-moving battle. The KV-1’s turret was so heavy it needed flattish ground to even turn properly, on top of which the tank was quite slow and unreliable.

However, the Tamiya model shows off the ‘Gigant’ well. It’s made to 1:16 scale and is some 443 mm (17.4 in) long. It’s packed with working features, including forward and reverse, steering, gun elevation and target tracking. Even better, there’s recoil action on both the gun and the KV-2’s hull, with recorded engine sounds to bring digital audio into RC tanking.

Coming right up to date with model choices, Tamiya’s 1:10 scale RC Fiat 500 Abarth is a fine replica of one of the best cars to come from this Italian automaker in many years. The real thing is a hoot to drive, and is only marginally outpointed in the handling stakes by the BMW Mini. The Tamiya model is made of ultra-lightweight plastics, and is less of a ‘scale model’ than the KV-2 - it’s an XB-series ready-to-run racer - but even so, it’ll look great on a display shelf until it’s collected some dings and dents on RC race circuits.

Both these models will be available shortly from model stores and online suppliers. Meantime, here are some options:

The 500 RC is available now as a factory-fresh street machine here.