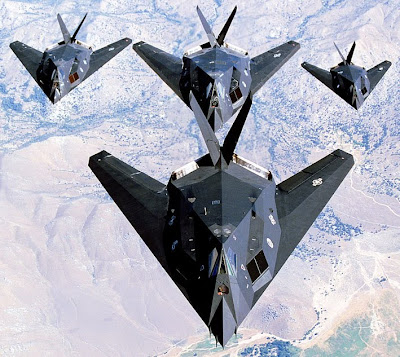 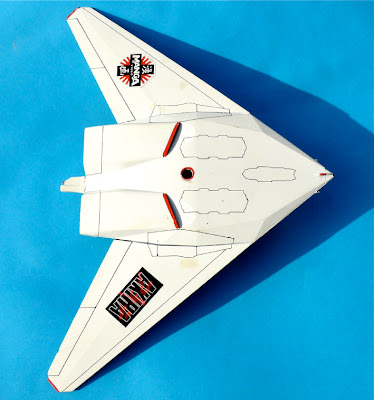 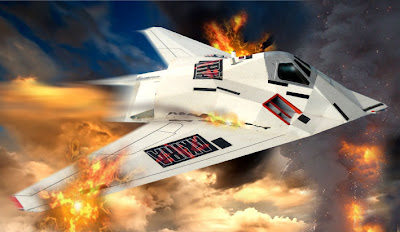 Reading Mat Irvine’s recent piece on the F-117 Nighthawk had us hunting through the SMN Vault of Ancient Kits for an early iteration of the stealth story - a totally inaccurate kit, made by ...*maybe*... Dragon. But apologies if the maker’s wrong: all we found was a bag containing a sorry mixture of runners and parts, not even any instructions. Do let us know if you can identify!

But we’re not necessarily down on the imprecision-perp, as few details of the Nighthawk were available in the early days, and the kit was probably prepared from no more than a few blurred photos. However, this one is so spectacularly incorrect that it merits a new life as something else entirely. So here’s what we did with the poor beast.

The SMN crew is a huge fan of Japanese anime (animation) and in particular Akira, a 1988 sci-fi epic set in Neo-Tokyo, a near-future dystopia, and a movie that’s an acknowledged classic of its kind. Akira is awash with high-tech devices - orbital laser platforms, cryogenic chambers, hyperbikes - you name it, it’s probably in there somewhere.

So it seemed a good idea to recreate the feel of post-apocalypse anime with our old pile of parts. After a simple assembly, several coats of satin white covered the airframe, after which various bay doors were picked out in ink, and the canopy area painted with bare-metal aluminium finish. Akira and Manga logos were clipped from a DVD info sheet, and attached in suitable places. Then it was time for Photoshop...

And this involved more than a dozen picture layers, including speed blurs, explosions, smoke, sky, the aircraft and more. But we had fun and hope you like the result.

Look out for the upcoming SMN Freeebook Nighthawk for more info on this, and of course more accurate F-117 models.

The pictures above show, top to bottom:
1 A four-ship flight of real-deal F-117s.
2 Ventral view of our bogus F-117 shows a wing planform that’s far too steep. The real thing has much more sweepback.
2 The SMN Akirahawk braves heavy enemy fire as it approaches Neo-Tokyo on a bomb run.

For a selection of new stealths, try the link here.