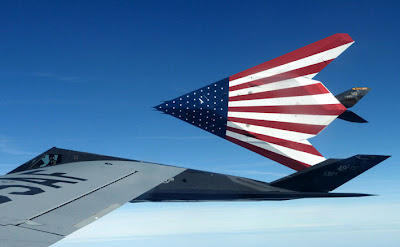 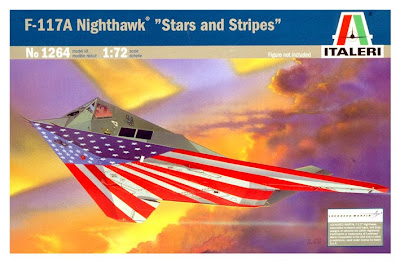 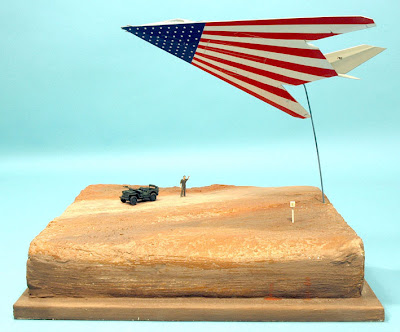 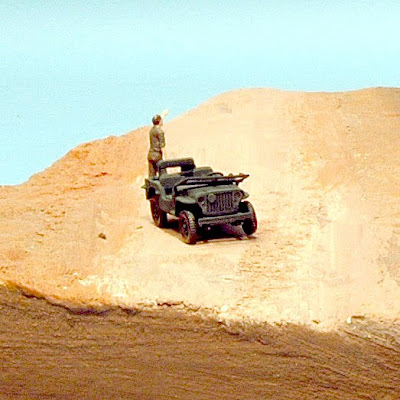 By Mat Irvine
It’s 26 years today since the Lockheed F-117A Nighthawk went into service with US forces, though it was another five years before the ‘stealth fighter’ was revealed to the public.

At first the F-117A seemed rather like a Model T Ford - you could have it in any colour as long as it was black. Since then however, the aircraft has been painted in various shades, including this colourful version with stars and stripes adorning the underside.

The kit comes from Italeri, last major bastion of the Italian model kit industry, (though it has acquired one of the others, Protar), and is a version of Italeri’s existing 1:72 scale kit. Two schemes are provided - both have the flag, but one has black upper surfaces, the other features low-visibility grey. The stars of the flag are provided as one decal for the nose area; for the stripes you need to paint white first, then apply seven red decal strips when the paint has dried. Otherwise, Italeri’s model assembles easily, with no real difficulties.

I made the diorama above to show the F-117A flying near the vast Nellis Air Force Base in Nevada, which houses many secret US aircraft projects. Whether any are based on ‘alien technology’ is a question I’ll leave for now, but all the ‘black’ (secret) projects have likely been tested here, from the U-2 spyplane to the SR-71 Blackbird and the F-117A - and probably others still to be revealed.

One place near Nellis, (and I’m talking ‘relatively’ near, as you cannot approach the base closely) is the small town of Rachel, Nevada. Outside Rachel, you will find the ‘white mail box’, infamously thought to be linked to secret UFO goings-on, and my diorama shows this, plus a jeep and its driver, waving to the pilot.

Back to the kit, and one small point: the back of Italeri’s box lists one aircraft as coming from ‘Groom Lake, New Mexico’. In fact, the lake is within Nellis Air Force Base, so it should be Nevada. ‘Groom Lake’ is one of the shorthand names often applied to the whole place – along with ‘Dreamland’ and of course, ‘Area 51’...