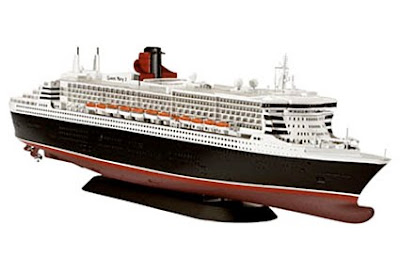 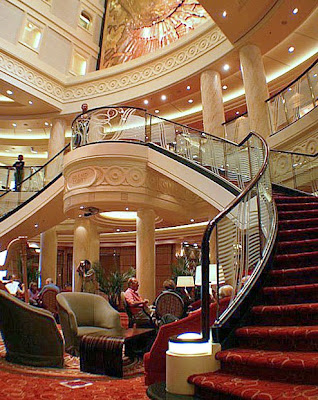 This ocean liner kit makes a nice change from the fleets of warships on offer - it’s Revell’s 1:700 scale take on the Cunard vessel Queen Mary 2. According to Cunard the real ship is the “grandest, most magnificent ocean liner ever built”. Ooer, that’s some claim, though inspecting the Cunard website does make the QM2 and her sister liners look pretty amazing, so we won’t quibble with the hyperbole here. And at 345 m (1132 ft) long, with a 151,400 tonnage, she’s a mighty ship indeed.

As for the kit, 1:700 has quietly achieved a ‘standard scale’ status in recent years, and gives an impressive but manageable size for ships like the QM2 - she scales out at some 494 mm (19.4 in) long. The kit has 323 parts with a two-piece hull, and plenty of detail that includes eight launches, 14 lifeboats and a pair of speedboats. The funnel includes the signalling horns which, by the way, can be heard for 16 km (10 miles) on a quiet night!

Overall then, an interesting model for liner lovers. However, a ‘kit of kits’ waits in the wings for some manufacturer. Just take a look at the interior detail in the cutaway drawing above. Wouldn’t that be a totally droolworthy item in kit form, especially if it had LED lighting and even some nautical sound effects!

ps. If you take your terrier on a QM2 voyage, your pampered pet will receive not only the services of a special Kennel Master, but also a complimentary gift pack of animal goodies. Hey ho, meantime for the SMN crew it’s beans on toast for lunch...

Visit the Cunard QM2 site here. There’s also a link to a webcam on the ship’s bridge which refreshes every minute.

The 1:700 scale QM2 will be available shortly from model stores and online suppliers. Meanwhile, the QM2 is already made in several scales, which you can look at here.
Email ThisBlogThis!Share to TwitterShare to FacebookShare to Pinterest
Labels: QM2, Queen Mary 2, Revell
Newer Post Older Post Home