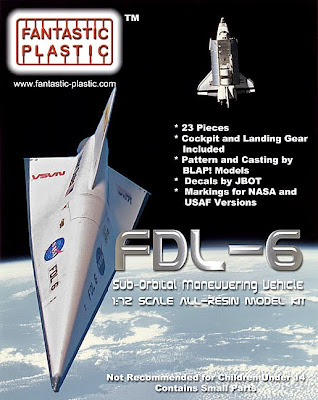 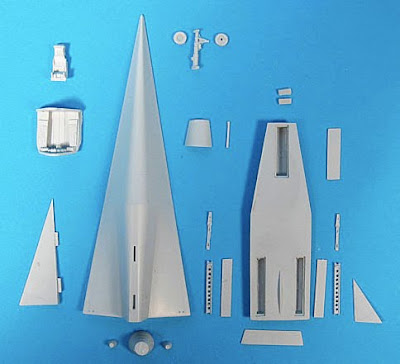 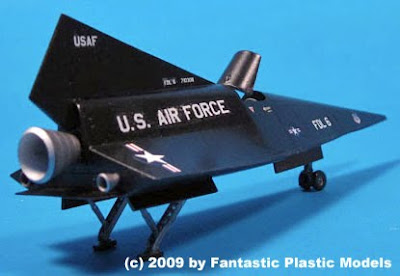 We’re great fans of ‘what-if?’ scenarios at SMN, so the latest 1:72 scale kit from Fantastic Plastic really hits the spot. It features a spacecraft design that was certainly real enough, but that may - or may not - have been built and flown. During the 1960s, the US Air Force Flight Dynamics Laboratory (AF-FDL) built several small test models to discover the optimum shape for hypersonic re-entry from Earth orbit. Some reports suggest that several of these FDL concepts were blown up to full-size test vehicles. Among them was the FDL-6, a 10 m (33 ft) long spacecraft built under contract with Lockheed.

Drawn from official USAF documents, this new FDL-6 kit depicts the manned version of this top-secret test vehicle, as it may have been carried in (and flown out of) the Space Shuttle's cargo bay in the early 1980s. The 23-piece kit was created exclusively for Fantastic Plastic by BLAP! Models and includes a detailed cockpit with ejection seat, landing gear and markings for either a NASA test craft or operational U.S. Air Force version. The final model measures 114 mm (4.5 in) long.

The 1:72 scale FDL-6 is now available for $70 USD, plus shipping. Find out more at the Fantastic Plastic Virtual Museum Store here.