WOULD YOU CLASS THESE CREATIONS AS MODELS? OR ART? OR SCULPTURES? OR PERHAPS ALL THREE... 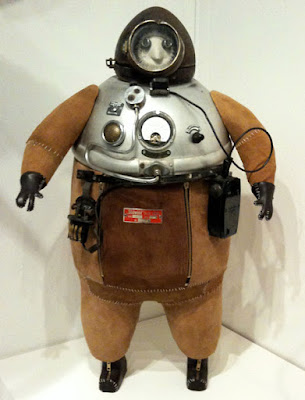 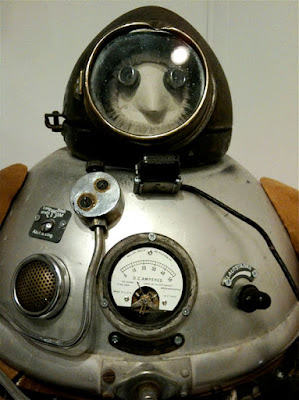 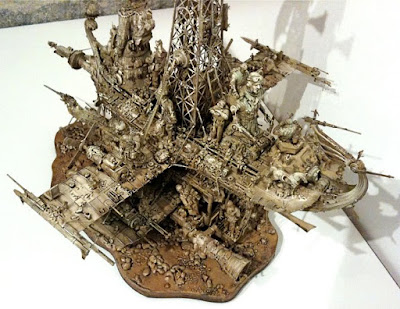 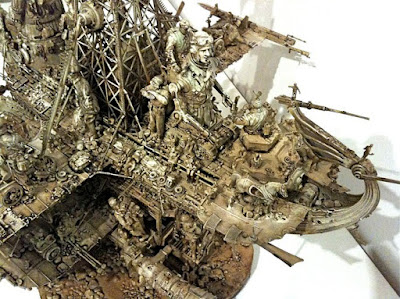 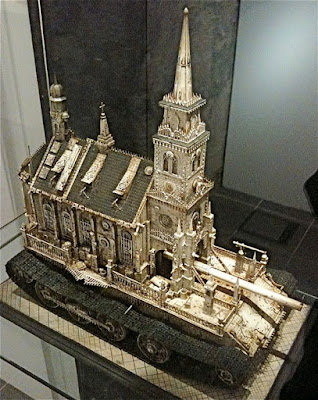 SMN took in a fascinating exhibition yesterday, at the Oxford Museum of the History of Science (OMHS), in the famed UK university city. The show’s all about ‘Steampunk’, a genre of science fiction that combines Victorian-era technology and materials in a ‘what-if’ scenario of how things might appear with a hint of today’s science in the mix.

It’s a very appealing look that features brass, copper, iron, and rich woodwork in a sort of Jules Verne sci-fi style - if you liked the Walt Disney movie 20,000 Leagues under the Sea, then you’ll enjoy steampunk. The OMHS features a bunch of artists and their creations, with a corner devoted to SMN’s favourite steampunker, Stephane Halleux, with work that’s unique in the field for its gently humorous flavour (top two pictures above).

All the pieces are notable for the model-making skills that went into making them, and that’s why we’ve included them today. Halleux’s work features stitched leather that wouldn’t look out of place in a World War I biplane model. Another piece looks almost like a mad rat’s nest of assemblage from a billion bits of old Airfix kit. Yet another combines a church with a tank, with a gun ready to fire out of the tower.

Overall, the exhibition is really worth a visit - it’s not huge, but the rest of the OHMS is fascinating as well, so there’s plenty to see for an hour or three. The exhibition is free and runs until February 21, 2010.