BACK TO THE ORIGINAL ‘Z’ WITH THE TAMIYA FAIRLADY 370Z 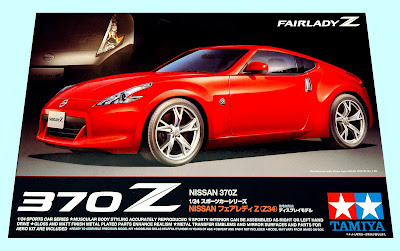 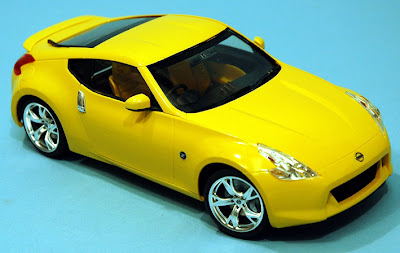 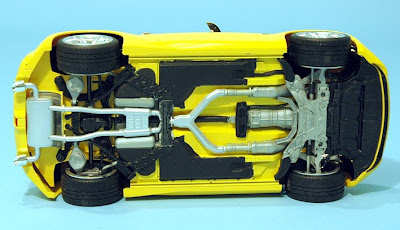 We’re looking for new wheels at SMN Towers, and were at the local Nissan dealer yesterday, kicking the tyres of a Note, Qashqai, and an X-Trail. Of course, the one we’d really like would be a late-used 350Z. It’s a handsome brute, but with no room for bikes, cameras, tripods and computers aboard, it can’t be on the IWOOT list, sad to say. We also had a look at the 350Z’s replacement, the 370Z, which is a somewhat dumpy-looking retro version of the original 240Z of 1969, so Mat’s report is a timely one. Now read on...

Report by Mat Irvine
The latest incarnation of Nissan’s Z-car, and the latest 1:24 scale kit from Tamiya, is the 370Z, in Japan known as the Fairlady Z. This is a ‘curbside’ kit, a term derived from US model makers to describe a model car without a separate engine, therefore destined to sit forever by the curb! But even as a curbside, this 370Z (the sixth-generation ‘Z’, released in December 2008) is full of the sort of detail one expects from Japan’s best-known name in modelling.

Although there’s no separate engine, the rest of the drivetrain is fully represented and, given that much of the underside is painted the body colour - in this case I sprayed the car in Chrysler Daytona Yellow from Testors - it’s worth taking time to pick out the details as well. For the interior you get both left- and right-hand drive instrument panels and, given Tamiya’s penchant for detail, there are even separate decals for the speedo in mph and km/h. You’d be hard-pressed to read them, but it’s nice to know they are there. Even the seats differ slightly, left- to right-hand drive, as the driver seat squab changes sides. Two sets of wipers are also provided.

The kit consists of some 100 parts, and is moulded in black, white, and two lots of vacuumed-plated parts - satin and bright chrome - plus the usual clear and transparent red for head and tail lights. These are works of art in their own right, with the clear ‘reversing’ lens being a separate item that fits inside the rest of the red tail light. Finish off with the metallized decals that correctly match the badges and you have yet another example of Tamiya’s Sports Car Series (complete with ‘muscular body styling’) to add to your collection.

The kit was supplied by Tamiya UK distributor, The Hobby Company, which you can visit here. Note you may also see Italeri's new Arado floatplane on the THC site - report coming soon!

The 370Z is also available to purchase online with other Tamiya Nissans here.