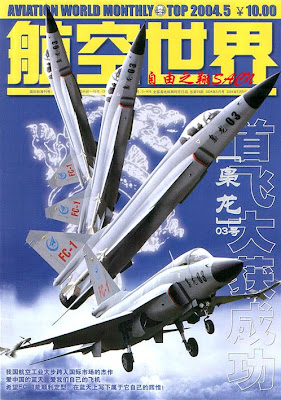 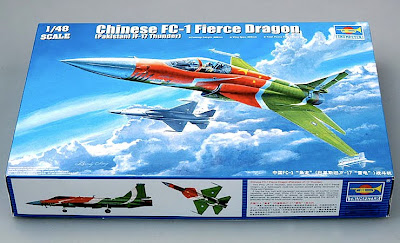 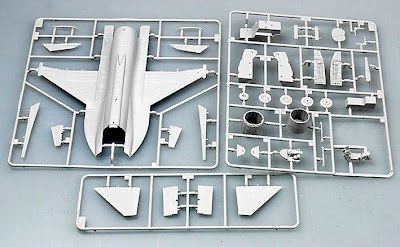 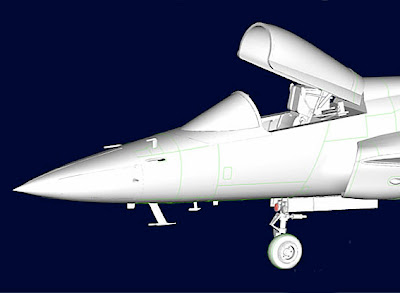 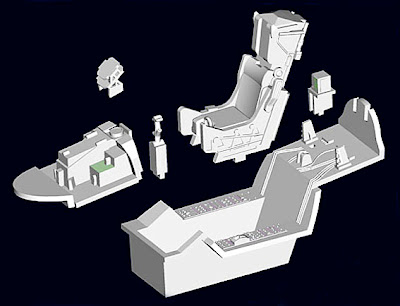 Two of Asia’s important powers - China and Pakistan - are locked in a techno-race in many areas, especially in nuclear weapons, but they also join hands on various projects, including the combat aircraft called the PAC JF-17 Thunder in Pakistan, the Chengdu FC-1 Fierce Dragon in China.

The ThunderDragon (as we’ll call the single-engine jet here for simplicity) looks much like a cross between the US-designed F-20 Tigershark and F-16 Fighting Falcon, but there the similarity ends, as design and development have been carried out in-house, and the engine is a Russian Klimov RD-93.

ThunderDragon’s first flight was from a Chinese air base back in 2003, but development went well and the first production aircraft was handed over to the Pakistan Air Force (PAF) just last month. The first squadron is due to be fully operational with the PAF early in 2010.

So Trumpeter’s 1:48 scale kit of this aircraft is well timed for modern jet combat model fans. It’s a biggish model, scaling out to some 297 mm (11.7 in) long with a wingspan of 199 mm (7.8 in). There are 235 plastic parts, plus some components on a small photo-etch sheet. All in all, a kit that will sit interestingly next to its contemporaries from Russia and the West.